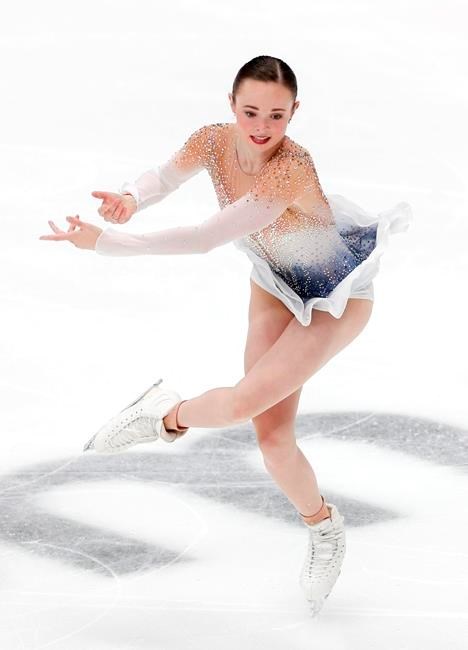 MOSCOW — Canada's Piper Gilles and Paul Poirier won the silver medal on Saturday in ice dancing to conclude the Rostelecom Cup, the fifth stop on the ISU Grand Prix circuit in figure skating.

Combined with their gold medal performance at Skate Canada International last month, the Canadians are assured a berth in next month's Grand Prix Final.

Russia's Victoria Sinitisina and Nikita Katsalapov took the gold medal with 212.15 points followed by Gilles and Poirier 207.64. Spain's Sara Hurtado and Kirill Khaliavin were third at 185.01.

"We were extremely happy with how we skated today," said Gilles. "Coming from an NHL size rink to an Olympic size rink feels different. With this result we'll qualify for the GP final, we have nines in our components in both programs, so we're moving in the direction that we want to."

In men's competition, Russia swept the podium with Alexander Samarin first at 264.45, Dmitri Aliev second at 259.88 and Makar Ignatov third at 252.87.

Canadian champion Nam Nguyen of Toronto was in the mix for the medals and climbed to fifth from sixth after the short program on Friday with 246.20. Skating to a Beatles medley, Nguyen opened with a quad Salchow-triple toe combination en route to a clean program. However a couple of jumps weren't as polished as he would have liked.

"It was a bit of a struggle," said Nguyen, the silver medallist at Skate Canada International. "This week has been a little challenging just because I miss the home atmosphere like at Skate Canada. But I just kept my head down and focused on doing my job."

The ice dance competition was won by Aleksandra Boikova and Dmitrii Kozlovskii of Russia. Evelyn Walsh of London, Ont., and Trennt Michaud of Trenton, Ont., took sixth spot with 168.96.

"It wasn't the long program we were hoping for," said Walsh. "We have a ton of work to do for nationals (in January)."

The next stop on the circuit is the NHK Trophy in Sapporo, Japan on Friday and Saturday.

Kobe helicopter tried to climb to avoid clouds before crash
Jan 27, 2020 11:51 PM
Comments
We welcome your feedback and encourage you to share your thoughts on this story. We ask that you be respectful of others and their points of view, refrain from personal attacks and stay on topic. To learn about our commenting policies and how we moderate, please read our Community Guidelines.