WASHINGTON — The game will go on. The annual Congressional Baseball Game, which dates to 1909 and is a summertime tradition on Capitol Hill, will be played Thursday despite Wednesday's shooting at the GOP squad's practice in Alexandria, Virginia.
Jun 14, 2017 11:19 PM By: Canadian Press 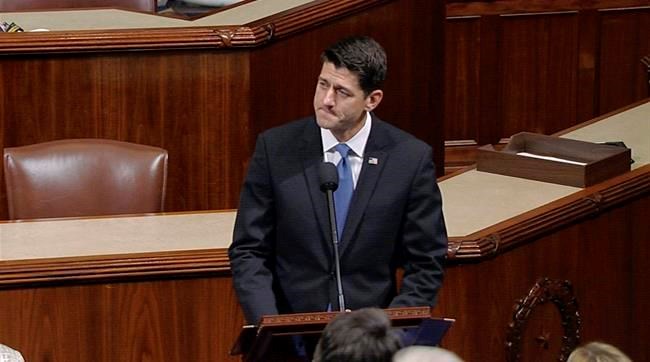 WASHINGTON — The game will go on.

The annual Congressional Baseball Game, which dates to 1909 and is a summertime tradition on Capitol Hill, will be played Thursday despite Wednesday's shooting at the GOP squad's practice in Alexandria, Virginia.

It's an annual tradition in which aging former Little Leaguers don their spikes and dust off their gloves in a game played for bragging rights and to benefit several charities. It's also a somewhat rare example of bipartisanship in an increasingly polarized Washington.

House Speaker Paul Ryan, R-Wis., assured lawmakers assembled at a members' briefing that the game will be played as scheduled, prompting a standing ovation.

"It will be 'Play Ball!' tomorrow night at 7:05," said Rep. Joe Barton, R-Texas, the longtime manager of the GOP squad.

Once a relatively cozy affair, played at a minor league ballpark in Maryland, the game has gone big time in recent years and has been played at Nationals Park, just a few blocks from the Capitol.

"We do it for really three reasons. We do it for fellowship amongst ourselves. We do it for charity," Barton said. "We raise a lot of money for three charities. And we do it because we like to play baseball and try to recapture a little bit of our youth. It's a positive thing. Of all the things Congress does, this is one of the most benign, positive activities."

Members of Congress practice for months for the event, and typically don the jerseys of a team from back home. The Capitol Hill newspaper Roll Call sponsors the game and awards a trophy once a side wins three of five games.

"It's a good way raise money for charity and for members to get to know each other," said Rep. Cedric Richmond, D-La., whose election in 2010 upended the competitive balance of the annual event. Richmond played baseball in college and kicked off his congressional career with a one-hitter in 2011 and has been the game's dominant player pretty much since then.

Last year, however, Democrats lost the game 8-7, ending a seven-game winning streak that mostly coincided with Richmond joining the Democratic side.

"I was fresh off of surgery, but they made more plays than we made last year," Richmond told reporters. "This was a year we wanted to get even."

Congressional leaders typically attend the event and former President Barack Obama — famous for shunning opportunities to rub shoulders with lawmakers — even went two years ago, watching from the Democratic dugout. Obama's appearance came as he was struggling to win Democratic votes for an unpopular trade-related measure.

President Donald Trump will not be attending Thursday's game, however, due to security concerns.

"While the president would like to attend the game and show his support for all of these brave public servants, he has been advised that there is not enough time to follow Secret Service protocols," Press Secretary Sean Spicer said Wednesday.

To lawmakers, the annual game is one of the better opportunities for lawmakers to get to know each other outside of their partisan roles.

"The things that used to bring members together, whether it's travel - that's frowned upon. If you belong to the gym, they think 'well, that's a perk you shouldn't have,'" said Rep. Mike Doyle of Pennsylvania, the manager of the Democratic team. "All the chances to interact with each other outside our suits, and outside floor debate, are few and far between."