REGINA — It's rare when a punter is arguably the most popular off-season addition joining a CFL team's roster. But Jon Ryan is no ordinary punter. Ryan comes to the Saskatchewan Roughriders with an impressive NFL resume.
Jun 11, 2019 12:37 PM By: Canadian Press 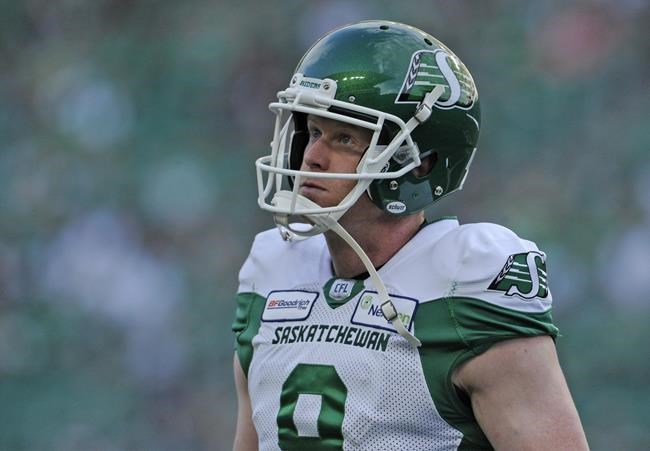 REGINA — It's rare when a punter is arguably the most popular off-season addition joining a CFL team's roster.

But Jon Ryan is no ordinary punter.

Ryan comes to the Saskatchewan Roughriders with an impressive NFL resume. He played with Green Bay and Seattle from 2006 to 2017, winning a Super Bowl ring with the Seahawks. He is the last Canadian to throw a touchdown pass in an NFL conference title game.

To top it all off, Ryan is a Regina native.

After signing a one-year deal with the Roughriders, Ryan's No. 9 jersey became the hottest seller at the team's retail stores.

"I think it is pretty cool," said the 37-year-old Ryan. "I owe so much to the people of Regina and throughout Saskatchewan.

"It is cool to see how they've supported me over the years and how they continue to support me. It is humbling."

Ryan has encountered star treatment before. Playing for the Seahawks from 2008-2017, he became arguably the NFL's most well-known punter and earn the role as the club's special teams captain.

He was a member of Seattle's Super Bowl winning team in the 2013 campaign. In the NFC title game following the 2014 regular season, he threw a touchdown pass on a fake field goal as the Seahawks downed the Packers 28-22 in overtime.

Ryan is used to living in a fishbowl from his NFL days, and believes that makes him a good fit in football-mad Regina.

"I'm not sure why, but wherever I have gone, people seem to embrace me and really have taken me in," said Ryan. "I feel like a superstar, when I am definitely not.

"People wherever I've been have just been so good to me you know spending that 10 years in Seattle. The fans there were insane. The fans were crazy, and they treated me so well.

"Now, I'm coming back home, and I am feeling that again. It feels pretty good."

Before going to the NFL Ryan spent two seasons with Winnipeg and was named a CFL all-star in 2005.

The Roughriders' defence equalled a CFL record with 11 total defensive return touchdowns and topped the league with 21 total interceptions. Veteran defensive back Ed Gainey expects his side of the ball to make more big plays in 2019.

"When that play comes, you are just taking the opportunity and making it," said Gainey. "It is not anything special.

"It is just about having that mindset or taking the ball away and doing what we have to do to get our job done and being the best team that day."

On offence, veteran receiver Naaman Roosevelt said his team's side of the ball has to pull its own weight.

"For us as an offence, we have to pick it up," said Roosevelt. "I know last year was a year if we just could have done a little bit more to help our defence I think we would have had a Grey Cup year.

"It is either Grey Cup or bust this year, especially with the defence we have and with the guys coming back on offence it is definitely a big year for us."

New Roughriders head coach Craig Dickenson said he wants his team to get better each week and not worry about matching last year's 12-6 record.

"(We need) steady improvement," said Dickenson. "I'm not concerned about what our record is at the end.

"I just want to be in the tournament, and hopefully, we'll be playing our best football by the end of the year."

SASKATCHEWAN ROUGHRIDERS AT A GLANCE

KEY PLAYERS: DB Ed Gainey: Opponents spy for this big play defensive back and try to avoid throwing or running plays in his area.

THE BIG QUESTION: Can veteran starting quarterback Zach Collaros stay healthy, or will the Roughriders be in flux at the league's most important position?