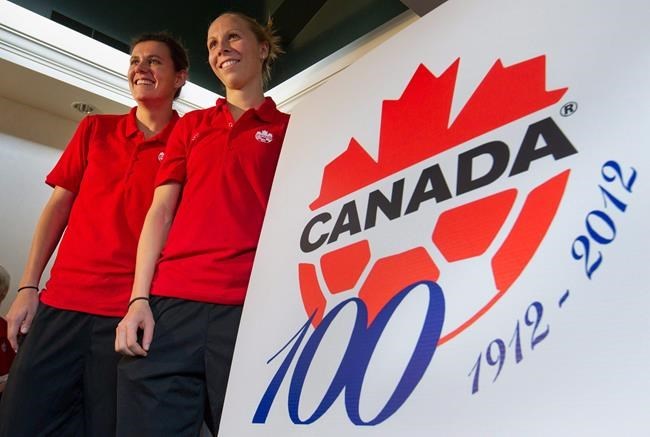 Timko Baxter is the first former women’s national team player to serve on the Canada Soccer board. She made 132 appearances for Canada including three World Cups and two Olympic Games, winning bronze at the 2012 Olympics in London.

Timko Baxter joins the board as an independent director. Candidates for that role submit their candidacy to the board which votes on them before ratification by a vote of the membership at the annual meeting.

The ratification came Saturday at Canada Soccer's virtual Annual Meeting of the Members.

Crooks was originally appointed vice-president by the board of directors in January, becoming the first female and the first person of colour to serve as the governing body's VP. On Saturday, she was officially elected to serve the remainder of the post vacated when Nick Bontis became Canada Soccer president in November.

Elections for the upcoming four-year vice-president post commencing in 2022 will take place at next year’s annual meeting in Winnipeg. Saint John, N.B., will host the 2023 annual meeting of the membership.

Crooks has been a member of the Canada Soccer board since 2013 and currently serves as a member of FIFA’s Organizing Committee for FIFA Competitions. A former track and field athlete, Crooks is a five-time Olympian and Olympic silver medallist who was Canada's flag- bearer at the 1996 Olympics in Atlanta.

Bacchus is a lawyer and former track and field athlete at the University of Kansas who competed for Trinidad and Tobago. Geosits is a sports executive who has worked in a variety of Canadian soccer roles, most recently as executive director of Burlington (Ont.) Youth Soccer.

This report by The Canadian Press was first published May 1, 2021