Dr. Howard Njoo says the Public Health Agency of Canada continues to review the CFL's return-to-play protocols, but can't provide a timeline for when final approval might come.
Jun 17, 2021 5:58 PM By: Canadian Press 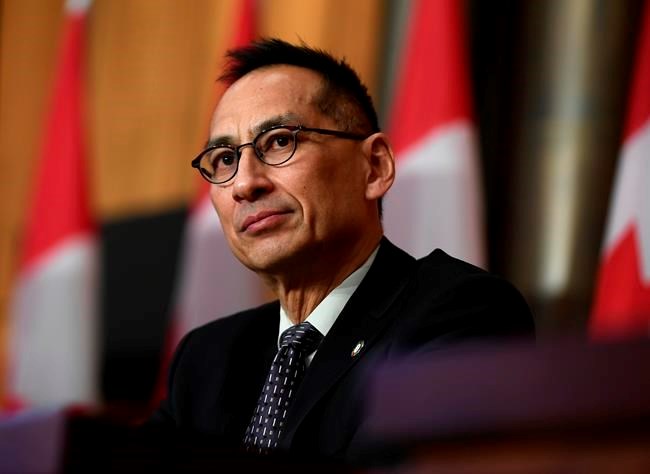 Dr. Howard Njoo says the Public Health Agency of Canada continues to review the CFL's return-to-play protocols, but can't provide a timeline for when final approval might come.

The CFL's board of governors voted Monday in favour of starting the '21 season Aug. 5 and opening training camps July 10. The league didn't play games in 2020 due to the COVID-19 pandemic.

"Obviously time is of the essence," Njoo, the agency's deputy chief public health officer, said during a conference call. "They have their proposed timeline in terms of training camps and the start of the season.

"Certainly there are program staff within the agency (who) are looking very carefully from a public-health perspective what the protocols are like. They are looking good (but) I can't give you a definitive answer in terms of when they would be completing the review. Obviously there are other departments as well that are probably involved in making a final decision. I would say at the present time things are trending in the right direction in terms of our review."

Njoo wouldn't say what the ramifications would be if approval of the CFL protocols wasn't granted before July 10.

An agency official told The Canadian Press last week the federal government had received the CFL's request for a national interest exemption for modified quarantine for the upcoming season. The official added the agency was reviewing it with provincial health authorities.

The CFL would like Ottawa to offer the same exemptions it provided the NHL. The federal government waived its mandatory 14-day quarantine period for players acquired by Canadian NHL teams from American clubs "under national interest grounds" leading up to the league's April 12 trade deadline.

If granted, CFL players would observe a seven-day quarantine once they arrive in Canada and be subject to daily COVID-19 testing. They'd be eligible to suit up for their teams while continuing to undergo daily testing the next week.

"I think in terms of the NIE, certainly with respect to players crossing the border and so on, I think the CFL has presented their protocols to us," Njoo said. "I would say the CFL has also given us good protocols in terms of testing.

"The other point I think that's very important as well that we'll be following is the fact that CFL games are basically played in outdoor stadiums so that's already a good starting point with respect to the summer. Everyone is at least being outdoors. With respect to things such as spectators and capacity and so on, those are things that are going to be examined closely, not just by ourselves but obviously by the provincial authorities as well."

The CFL has also stated that a return to play would have to also be with "significant" fans in the stands, although Ontario, for example, has not  provided clearance for spectators to watch Ottawa Redblacks, Toronto Argonauts or Hamilton Tiger-Cats games. The three Ontario teams and the Montreal Alouettes are scheduled to open the season on the road to provide additional time for the allowance of fans at their home venues by the time they return to their respective provinces.

Last August, the CFL shelved its plans for an abbreviated 2020 campaign after failing to secure a $30-million, interest-free loan from Ottawa. At the time, its return-to-play protocols were being considered by the Public Health Agency of Canada.

And that's exactly where the CFL remains today, with time of the essence. On Thursday, the federal government made 60,000 rapid tests available to the league, which will be used as part of its health-and-safety protocols this year.

The rapid tests will be included in some provinces in the testing regimen used by players, coaches and staff. They'll also be used across Canada to test other personnel such as off-field officials and game-day staff.

"I kind of remember getting this question last year," Njoo said. "I think we're in sort of a different situation this year compared to last year and much, I think, more encouraging.

"As we've said repeatedly, the more Canadians that are vaccinated . . . then I think we can see more and more a return to, I wouldn't say a completely normal life as before, but certainly a much better summer and a CFL season that we didn't have at all last year."

This report by The Canadian Press was first published June 17, 2021.