SINGAPORE — China’s Lin Xiyu tapped in on the 18th hole for her fourth birdie of the back nine and a 5-under 67 to take a one-stroke lead Saturday after three rounds of the LPGA Tour's HSBC Women’s World Championship.
May 1, 2021 9:41 AM By: Canadian Press 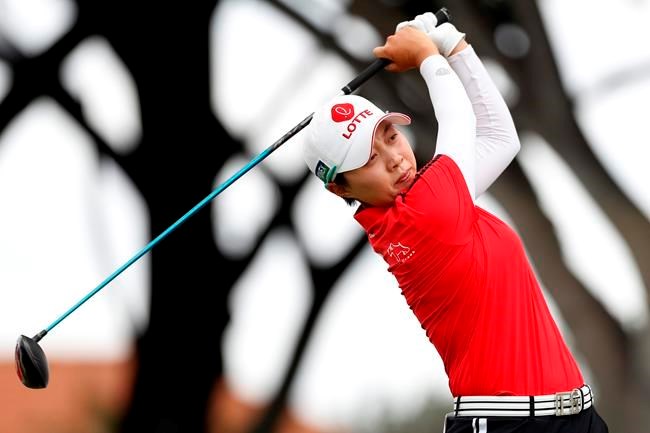 SINGAPORE — China’s Lin Xiyu tapped in on the 18th hole for her fourth birdie of the back nine and a 5-under 67 to take a one-stroke lead Saturday after three rounds of the LPGA Tour's HSBC Women’s World Championship.

Hannah Green shot her second consecutive 66 to move into a share of second place with world No. 2-ranked Inbee Park, who shot 70 with a birdie on the 18th after a double-bogey 7 on the 16th cost her the lead.

Hamilton's Alena Sharp is tied for 44th at even par.

Park, who appeared to be limping late in her round Saturday, led by one stroke after the first round and was tied for the lead after two.

Gaby Lopez had the low round of the day with a 65 to leave the Mexican player in fourth place, two strokes behind.

Lydia Ko, who holed out from the fairway for an eagle on the 18th to finish with a 69, was tied for fifth, four behind.

“Going into the back nine, which I thought was the tougher nine, I didn’t really expect to play that well," Lin said. “But I also knew there are still lots of opportunities, so just needed to stay really patient."

Park said that despite the double bogey on 16, she was encouraged by her birdie on 18.

“It was a great ... that was really huge," Park said. “Tomorrow, obviously we have a lot of girls in the top so it’s going to be a shootout."

Former Women’s PGA champion Green has had 15 consecutive rounds under par. The Australian, who shot 71 on Thursday, was one of only three players who shot in the 60s all four rounds in Los Angeles last week.

Her highlight of the day was a hole-out for eagle on the 10th hole.

“I guess it’s been quite a long time since I’ve holed out from the fairway from quite some distance," Green said. “I hit my tee shot into the right rough. Had an 8-iron in and it hit the pin. Bounced, hit the pin and went in. That was a nice bonus."

Hee Young Park, who was tied for the second-round lead with Inbee Park, shot 79 to drop 10 strokes behind Lin.