HALIFAX — The Canadian women's hockey team starts a 47-player selection camp Wednesday in Halifax ahead of the women's world championship in Nova Scotia next month.
Apr 12, 2021 2:53 PM By: Canadian Press 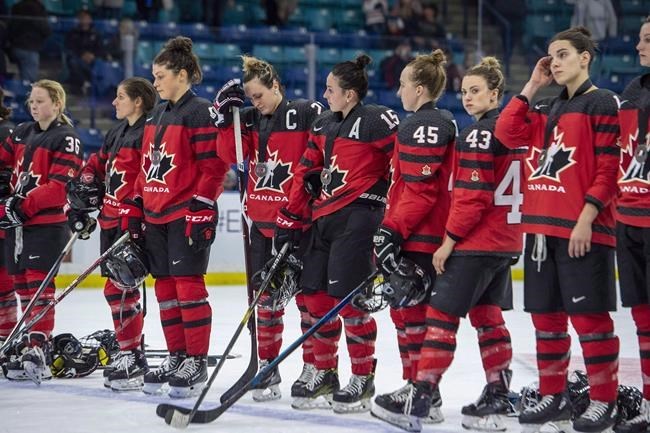 HALIFAX — The Canadian women's hockey team starts a 47-player selection camp Wednesday in Halifax ahead of the women's world championship in Nova Scotia next month.

The 10-country tournament May 6-16 in Halifax and Truro will be the first women's world championship held in over two years because of the COVID-19 pandemic.

The 2020 championship in Nova Scotia was cancelled and this year's tournament was postponed from April to May.

“The past year has been very difficult for our athletes, coaches and staff, but we have persevered and continued our preparation for the IIHF women’s world championship one year later than expected,” Hockey Canada director of women's national teams Gina Kingsbury said Monday in a statement.

“We are grateful to the province and Nova Scotia Public Health, who worked with us to ensure we are able to hold our camp in a secure environment."

Six goaltenders, 15 defenders and 26 forwards will vie for spots on Canada's 23-player roster during the weeklong camp at Scotiabank Centre, which is one of two host venues for the tournament.

Those invited include 18 players who won an Olympic silver medal for Canada in 2018, including all six defenders, as well as captain Marie Philip-Poulin.

Canada is scheduled to open the world championship against Finland on May 6. Russia, Switzerland and the United States are also in the host country's pool.

The Americans defeated host Finland for gold in 2019. Canada didn't reach the final for the first time in the history of the tournament and took bronze.