MONTREAL — Canada's presence in the light heavyweight division will be on display when Adonis Stevenson, Jean Pascal and Eleider Alvarez appear in the same Bell Centre ring on Saturday night.
Jun 2, 2017 4:55 PM By: Canadian Press 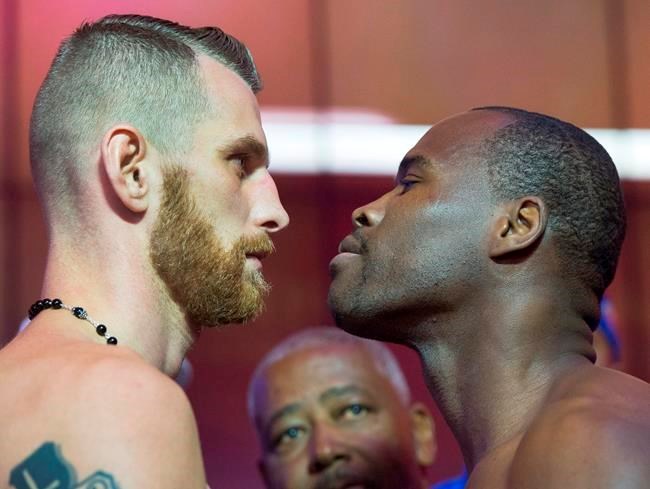 MONTREAL — Canada's presence in the light heavyweight division will be on display when Adonis Stevenson, Jean Pascal and Eleider Alvarez appear in the same Bell Centre ring on Saturday night.

Southpaw slugger Stevenson (28-1) will face Andrzej Fonfara (29-4) of Poland in the eighth defence of the World Boxing Council belt he won by knocking American Chad Dawson out cold in only 76 seconds in 2013.

The co-feature has former WBC champion Pascal (31-4-1) against Alvarez (22-0) in an elimination bout to determine which of them gets to challenge the Stevenson-Fonfara winner, possibly later this year.

Stevenson and Pascal are Haiti natives who grew up in Montreal, while Alvarez is a Colombian who moved to the city to turn pro in 2009.

Along with Russian-born Artur Beterbiev, whose next bout is in July, they are four 175-pound fighters based in Montreal who are ranked in the top 10 in the world.

They have been kept apart, but now they will finally start facing one another to see who comes out on top.

"It was a question of time," promoter Yvon Michel said this week. "We have some stars in the same division on parallel paths and sooner or later they were going to cross paths.

"It makes for a great fight card. When you don't know who's going to win you're sure to have a good show."

Stevenson, the only Canadian currently with a title from one of the main fight sanctioning bodies, has already beaten Fonfara in 2014 but it wasn't easy. The Pole scored a knockdown and felt he had done enough to win, but the judges gave Stevenson the unanimous decision.

But Stevenson is now 39 — 10 years older than Fonfara.

"Fonfara has every reason to believe that it's his time," said Michel. "He was 26 at the time.

"Now he's at the peak of his career. He's no longer impressed by Stevenson."

Stevenson has taken heat for avoiding the best opponents, including the fighter who holds the other three major light heavyweight belts, Andre Ward, and the Russian he took them from, Sergey Kovalev. Ward and Kovalev meet in a rematch June 17 in Las Vegas.

If Stevenson retains his title, Michel said he'll try again to arrange a unification bout against the Ward-Kovalev winner and if that doesn't happen, he can face winner of Pascal-Alvarez.

Pascal has never shied from facing the world's best. He lost his title to ring legend Bernard Hopkins and twice took bad beatings from Krusher Kovalev, the latest a year ago. He rebounded with a tune-up win over Ricardo Ramello in December.

The usually flamboyant Pascal, 34, has been humble ahead of Alvarez, his former teammate whose corner includes his former coach Marc Ramsay. The six-foot Alvarez has a height and reach advantage, and brings a nasty jab to the ring. He is coming off a knockout win over former super-middleweight champion Lucian Bute in February.

At stake is an obscure prize called the WBC Silver belt, which Alvarez won two years ago.

The undercard has welterweight Custio Clayton (11-0) of Dartmouth, N.S., fighting for two vacant minor belts _ the WBC Continental and the IBF International. He faces Mexican Oscar Cortez (26-2), whose record looks to have been built mainly against second-and third-tier opponents.