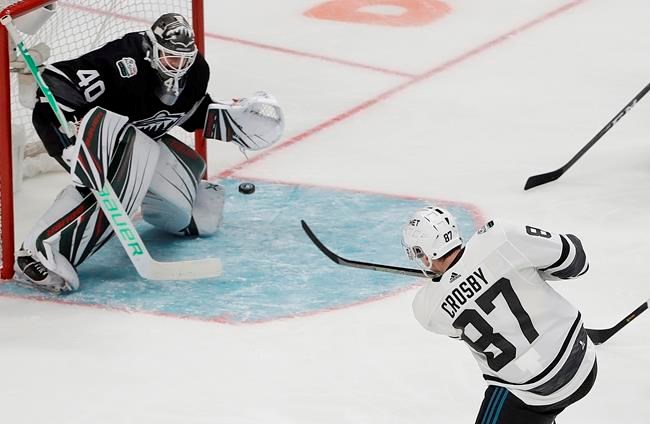 Crosby earned MVP honours at the 2019 all-star game on Saturday as he led the Metropolitan Division to victory in the 3-on-3 tournament. He became the sixth player in NHL history to capture All-Star Game MVP honours as well as the Hart Memorial Trophy and Conn Smythe Trophy, joining Jean Beliveau, Wayne Gretzky, Mario Lemieux, Bobby Orr and Joe Sakic.

Pavelski had a goal and four assists in two games before representing the hometown Sharks in the all-star game.

Dubnyk, also an all star, earned two wins for the Wild, compiling a 2.00 goals-against average and .926 save percentage.