Words to remember: Canadian newsmakers have their say on COVID-19

A look at some of the top quotes from across Canada on Thursday in relation to COVID-19: "One should not be embarrassed to go in a food bank. It is not your fault that you have lost your job in the past few days, in the past few weeks.
0
Mar 26, 2020 6:13 PM By: Canadian Press 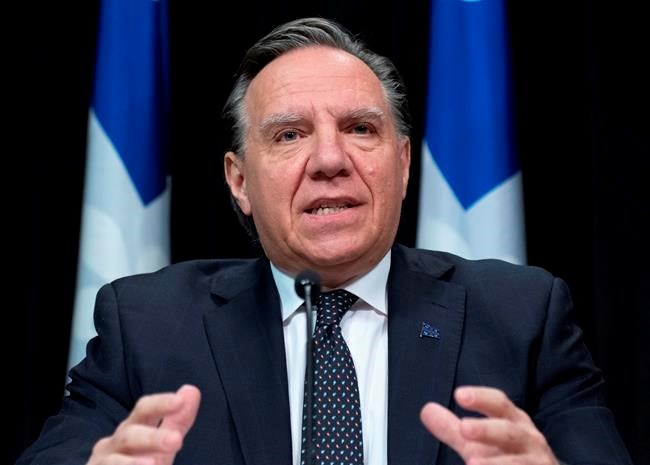 A look at some of the top quotes from across Canada on Thursday in relation to COVID-19:

"It's OK to go for a walk, but go for a walk by yourself. ... That's obviously not what we saw in the pictures (from Vancouver last weekend)."

"Canada and the U.S. have the longest unmilitarized border in the world, and it is very much in both of our interests for it to remain that way."

— Prime Minister Justin Trudeau on a White House proposal to send soldiers to the Canada-U.S. border.

"It's a very, very significant challenge, I would say on a magnitude perhaps without precedent — maybe wartime, maybe the Spanish flu earlier in the last century."

This report by The Canadian Press was first published March 26, 2020.