MONTREAL — Dozens of workers at a factory in La Pocatiere, Que. have lost their jobs after a theft at a plant in Mexico.
Apr 3, 2021 3:57 PM By: Canadian Press 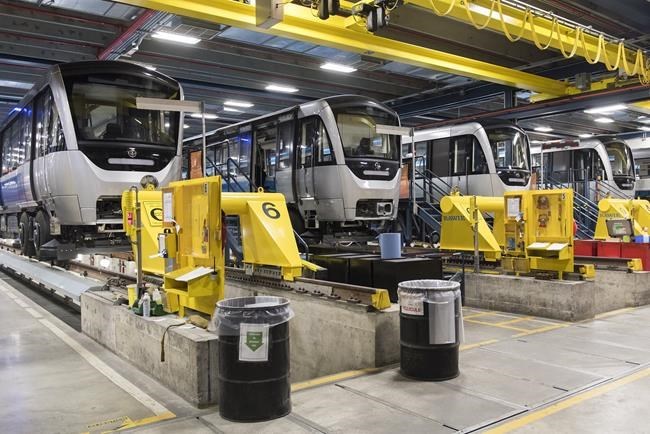 MONTREAL — Dozens of workers at a factory in La Pocatiere, Que. have lost their jobs after a theft at a plant in Mexico.

French rail manufacturer Alstom confirmed Friday that 70 of its employees will be laid off for at least six months, while at least 50 more workers could lose their jobs in the months ahead.

Claude Michaud, the president of the union representing workers at the factory, said wire intended to be used in Montreal Metro cars was allegedly stolen from a factory in Huehuetoca, Mexico on March 7, forcing the assembly line at the Quebec plant to stop.

Some of the layoffs announced Friday had been scheduled to take place later in the year, according to the union, but took place sooner due to the theft.

"We have a lot of contracts that are ending soon, so we're expecting layoffs during the summer," Michaud said.

The contracts include deals with the Montreal Transit Corp. and Ontario regional rail operator Metrolinx.

"At La Pocatiere, we're used to layoffs, because our contracts are cyclical. We hire people, then they're laid-off, it's always deplorable," Michaud said.

Before the layoffs, 420 people worked at the factory north-east of Quebec City. By the end of the year, it's expected to have around 100 employees.

The Quebec government lent Alstom $56 million last month to modernize the factory. That money won't have to be paid back if the factory employs 400 people in 2026 and 350 people between 2026 and 2028.

The loan is intended to help the plant, which Alstom acquired in January when it purchased Bombardier's rail division, attract new contracts.

Michaud said he recently spoke with Alstom's CEO Henri Poupart-Lafarge and described their discussions as positive.

"He assured us that we were a flagship plant in North America and that he was going to work hard to bring work back to La Pocatiere," Michaud said of their conversation. "He recognized our expertise and our versatility."