VANCOUVER — The City of Vancouver has issued an apology for its racist role in denying entry to 376 people aboard a ship that was forced to return to India with its passengers over a century ago.
May 18, 2021 5:48 PM By: Canadian Press 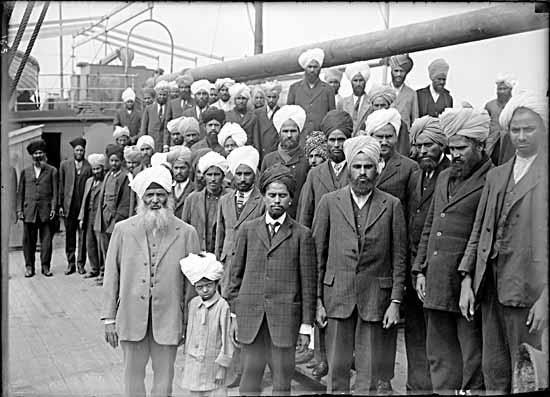 VANCOUVER — The City of Vancouver has issued an apology for its racist role in denying entry to 376 people aboard a ship that was forced to return to India with its passengers over a century ago.

Mayor Kennedy Stewart said Monday that discrimination by the city had "cruel effects" on the Sikhs, Hindus and Muslims aboard the Komagata Maru, which arrived in Vancouver's Burrard Inlet on May 23, 1914.

Federal officials refused to allow the South Asians, mostly Sikhs from Punjab, to stay in Canada, saying they were flouting immigration laws even though they were British subjects.

They were forced to stay aboard the ship in poor conditions, often going days without food and water.

Stewart said that on June 19, 1914, city council passed a resolution saying it was opposed to the admittance of "Hindus and other Asiatic races" into Canada and that "these people would prove a serious menace to our civilization, both economically and socially."

The passengers were forcibly turned away on July 23 that year and 19 of them were killed in skirmishes with British authorities when they returned to India, while others were jailed for being political agitators.

"Today, as we come up to the 107th anniversary of the ship arriving in Vancouver, my council colleagues and I sincerely apologize for the City of Vancouver's role in the Komagata Maru incident," Stewart said. "City council, in 1914, supported the laws that prevented passengers from disembarking. For this, and all the repercussions that followed, we are sorry."

Stewart has declared May 23 as the annual Komagata Maru Day of Remembrance, saying the passengers were trying to seek entry into Canada in the hopes of a brighter future but Canada's racist laws forced them to stay on the ship in unsafe conditions.

Vancouver resident Sukhi Ghuman said she learned about the Komagata Maru about 20 years ago in a Punjabi class at the University of British Columbia.

Ghuman, 41, mentioned the plight of the passengers to her father and learned her great-grandfather, Harnam Singh, had been one of them.

"Those internal wounds he experienced aboard the Komagata Maru stayed with him forever," Ghuman said of his hunger aboard the ship and escaping a firing squad when it returned to India.

"He refused to come back to Canada after his experiences on the Komagata Maru."

Ghuman's grandmother arrived in Canada in the 1950s to get married, but despite their talks over the years, the story of her great-grandfather's journey to Canada and forced return home was never mentioned.

"I wish I had known earlier because then I would have spoken to my grandma about what it was like, what her father went through," she said.

"Once my grandparents had settled in Canada, they just wanted to allow their children to live a Canadian lifestyle while still remaining true to their roots. And I think they just didn't talk about some of the challenges or even the racism that they'd faced growing up here in the Lower Mainland."

British Columbia apologized for the Komagata Maru in 2008, before former prime minister Stephen Harper issued an apology in 2015 in Surrey, B.C., where members of the South Asian community said it should have been issued in the House of Commons.

Ghuman, who went to Ottawa a year later when Prime Minister Justin Trudeau apologized in the House of Commons, said apologies on their own are meaningless without a sincere approach toward redress and empathy for Canada's most vulnerable and marginalized communities.

"As a nation, we need to continue to stand up for those who are seeking asylum in Canada, for temporary foreign workers as well as immigrants and migrant communities. These people, even today, are seeking freedom and opportunity similar to those 376 passengers that were aboard the Komagata Maru in 1914."

While some teachers are including the history of the Komagata Maru and other historical wrongs in curriculums, there's a need for more awareness of such issues in the school system, she said.

Hugh Johnston, professor emeritus of history at Simon Fraser University, focused his career on Sikhs in Canada and wrote "The Voyage of the Komagata Maru," which was first published in 1979.

As part of his research, Johnston interviewed Kartar Singh, one of the passengers aboard the ship, in 1976, a few months after the man in his mid-90s returned to Canada.

He said Singh caught up to the Komagata Maru in Japan after boarding another vessel in Hong Kong with a few other people from Punjab.

"I can still see him sitting there with his son-in-law, holding his hand and stroking his arm as he told me what it was he remembered. And the whole family actually gathered there, fascinated to hear it all."