VANCOUVER — Organizers of a national conservation program aimed at removing trash from the country's many shorelines say the COVID-19 pandemic has even changed how we litter.
Jun 16, 2021 1:11 PM By: Canadian Press 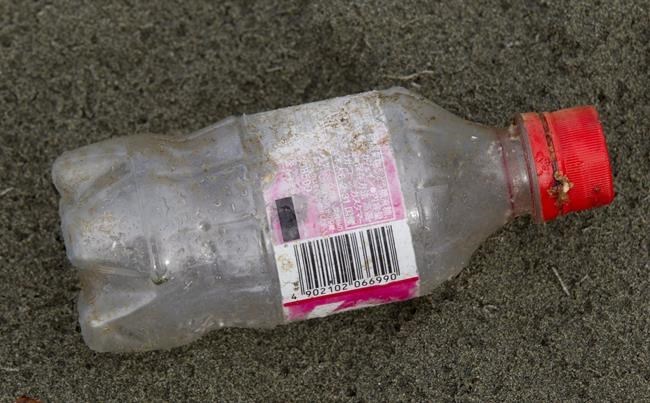 VANCOUVER — Organizers of a national conservation program aimed at removing trash from the country's many shorelines say the COVID-19 pandemic has even changed how we litter.

Julia Wakeling, spokeswoman for the shoreline cleanup, says in a statement that single-use containers jumped from 15.3 per cent of all litter collected in 2019 to nearly 27 per cent last year.

She says masks and other personal protective equipment were also plucked off beaches in 2020, the first time such items had been recorded in the cleanup's 27-year history.

There was no category for masks or disposable gloves on the cards used last year by volunteers tracking the type and amount of trash collected, but Wakeling says a line has been added this year and she expects the tally will be "very interesting."

Cigarette butts still topped the list of the 10 most commonly collected items as the annual report shows 15,000 volunteers removed more than 41,000 kilograms of litter from Canadian shorelines in 2020.

The pandemic forced suspension of planned cleanups for four months last year and resulted in a 70 per cent drop in participation, but organizers say they expect to see a rebound.

"Armed with COVID-safe cleanup guidelines, Shoreline Cleanup hopes to make up for lost numbers in 2021 and encourages all Canadians to organize or participate in a physically distanced cleanup," says the statement from the conservation partnership between Vancouver-based Ocean Wise and the World Wildlife Fund Canada.

Megan Leslie, WWF-Canada's president and CEO, is grateful for the efforts of cleanup volunteers and hopes more Canadians will register at ShorelineCleanup.ca to help fish, birds, turtles and other wildlife that often mistake garbage for food or become entangled in it.

“Every piece of garbage we remove from our freshwater and marine shorelines is one less piece that can harm wildlife," Leslie says in the release.