Seventeen Canadians per day died from opioids in 2020: Public Health Agency of Canada 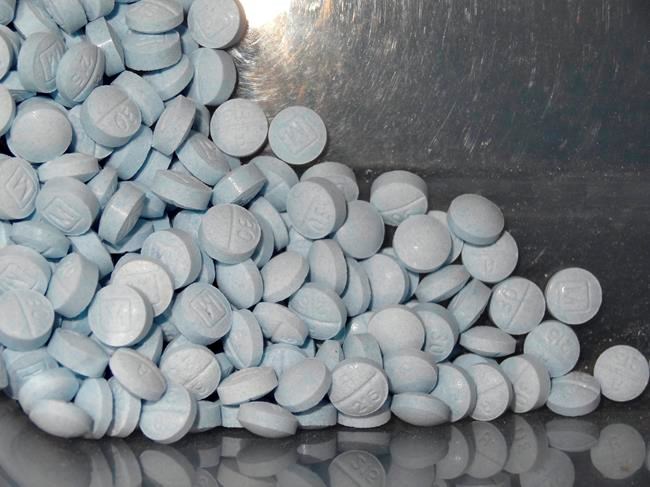 The numbers spiralled upward as the year wore on, peaking at 1,766 in the last three months of 2020 as health precautions narrowed access to services ranging from doctor visits to supervised consumption sites.

Health Canada is currently working with Vancouver on the city's request for exemption from criminal provisions on simple possession of small amounts of drugs in a bid to treat consumption as a health issue rather than a crime.

At least 21,174 people have died from apparent opioid toxicity between 2016 and 2020, the Public Health Agency of Canada said.

Opioid-related deaths countrywide could climb as high as 2,000 per quarter in the first half of 2021, far surpassing the peak of nearly 1,200 in the last three months of 2018, according to modelling from the agency.

"The COVID-19 outbreak is worsening the already deadly and ongoing public health crisis of opioid overdoses and death," the agency said on its website.

"It is having a tragic impact on people who use substances, their families and communities across Canada."

Western Canada remains the hardest hit, accounting for half of all opioid toxicity deaths last year (numbers for Manitoba were not available). But rates have also risen in other regions.

About 85 per cent of all opioid-related deaths last year occurred in British Columbia, Alberta or Ontario, according to agency figures.

Fentanyl has been a pernicious driver of the crisis, with 82 per cent of accidental deaths linked to the synthetic opioid, the agency said.

In B.C., deaths involving fentanyl had been on the decline for more than a year until April 2020, when monthly numbers routinely began to double those of 2019.

Benzodiazepines, a type of prescription sedative, have been detected in drugs circulating in parts of several provinces. Users can be difficult to rouse and slow to respond to naloxone — the drug that reverses opioid overdoses — and more likely to overdose when fentanyl or other opioids are also in the mix.

"We’re not talking about heroin anymore, we’re talking about synthetic drugs of all manner," said Karen Ward, a drug rights advocate as well as a drug policy and poverty reduction consultant with the City of Vancouver.

"They’re being made by amateur chemists with improvised equipment. This is not going to get better."

Ward and other advocates are calling for broad decriminalization and greater access to safe supply and treatment programs.

This report by The Canadian Press was first published June 23, 2021.