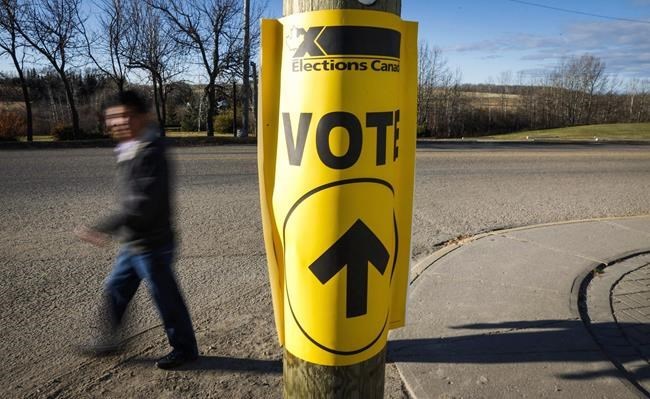 The firm, now known as Norda Stelo Inc., gave the money to both Liberals and Conservatives, including to candidates and riding associations, between June 19, 2004, and Dec. 31, 2011.

In a compliance agreement released Thursday, the commissioner of Canada elections said the company had employees or subcontractors, and in some cases their family members, make the donations. The company then paid back the donors using bonuses, reimbursement of service expenses or cash.

Neither the Liberals nor the Conservatives knew they were taking illegal donations, the commissioner said in a news release.

Both parties paid back the sums they received, including the funds that had gone to their riding associations, individual candidates, and in the case of the Liberals, one leadership contestant.

The candidates were not named in the release, but the commissioner's office later provided a list, though not the specific dates of the donations.

The Liberal leadership contestant who received the donation was Michael Ignatieff, who first ran for leadership in 2006, lost, and then ran again and won in 2009.

Josee Verner, Bernard Valcourt and Maxime Bernier were among the Conservative party candidates who received donations. All three eventually became cabinet ministers in the Conservative governments of 2006 to 2015.

The company has also agreed to pay $139,660.23 to the government in instalments over two years, though those payments have been delayed due to both COVID-19 and the company's financial position, the statement said.

During the time of the donations, Norda Stelo Inc. was known as Roche, and had also been implicated in a number of allegations of financial impropriety in Quebec.

The company was fined $750,000 earlier this year in connection with a municipal bid-rigging scandal.

Several former executives have also been charged in connection with a lengthy probe into the alleged awarding of public contracts in exchange for political financing, an investigation that also ensnared Quebec's former deputy premier Nathalie Normandeau.

In the release Thursday, the commissioner said that the senior officers in the company who were involved in the illegal donation schemes federally haven't been employees since 2013.

The company has also taken measures to implement ethical standards to guard against future breaches of the law, and participated willingly in the investigation launched by the commissioner, the statement said.

The information on Norda Stelo was one of three disclosures released Thursday by the commissioner, including two connected directly to the last federal election.

The commissioner found the United Conservative Party of Alberta failed to register as a third party and should have once it distributed bumper stickers attacking Prime Minister Justin Trudeau.

While political parties are exempt from provisions of the Canada Elections Act on partisan activities, they aren't excluded from the application of the third-party election-advertising rules, and that's what the bumper stickers were, the commissioner found.

Meanwhile, union Unifor failed to report on expenses it incurred when it hosted an event in support of a NDP candidate in Winnipeg, the commissioner said. It ought to have done so as part of its registration as a third party to the elections.

In both instances, Unifor and UCP were told to fill out the correct forms.

In all three cases, the agreements with the elections commissioner were entered into earlier this spring but their release was delayed, the commissioner said.

"Due to the circumstances surrounding the pandemic, these measures had not been publicly announced, in order to support the Government of Canada’s efforts in focusing communications with Canadians on information related to COVID-19 and the measures of support available to them."