MONTREAL — Quebec's education minister has formally apologized to a renowned McGill University ethics professor for removing him from consultations based on false information.
Feb 23, 2020 6:16 PM By: Canadian Press 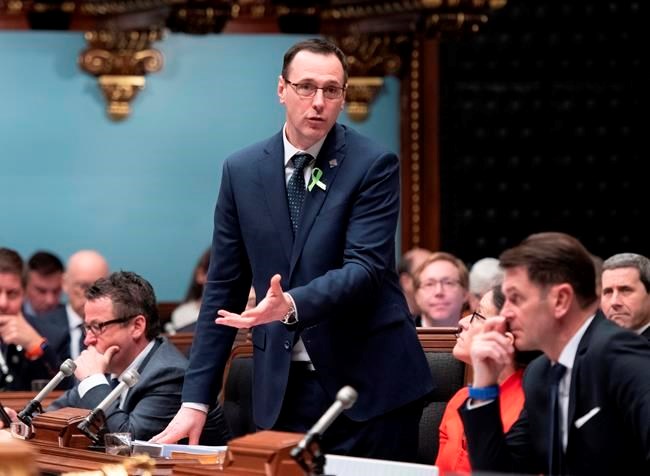 MONTREAL — Quebec's education minister has formally apologized to a renowned McGill University ethics professor for removing him from consultations based on false information.

Jean-Francois Roberge delivered the apology in a statement Sunday, after several days of mixed messages.

Daniel Weinstock was to speak at a forum on the future of a provincial course on ethics and religious culture, but the Education Department withdrew its invitation Wednesday shortly after the publication of a column that erroneously accused Weinstock of supporting symbolic circumcision on girls.

The Journal de Montreal columnist admitted Friday that his piece was inaccurate but did not apologize, and Weinstock was told by the province he could attend the forum but not as a speaker.

On the sidelines of a conference Friday in Montreal, Roberge said he wished the situation had been handled differently and that he contacted Weinstock to "make amends," but he did not offer an apology, and he stood by his decision to remove him as a speaker.

Roberge described a "cordial" phone discussion with the university professor, but in Le Devoir's Saturday edition, Weinstock, who'd learned of his disinvitation through the media, said he planned to sue the government for damage to his reputation.

Roberge changed his tune on Sunday.

"I would like to offer my sincere apologies to Mr. Daniel Weinstock for having excluded him, as an expert, from the consultation forum on the review of the course on ethics and religious culture," Roberge said in a short statement.

Roberge added the government wants to hear from Weinstock and hopes he will be able to present at a later date.

For his part, Weinstock says in a Facebook post that he knows "apologies in politics are not easy, and I truly appreciate the fact that the minister has made them publicly."

This report by The Canadian Press was first published Feb. 23, 2020.