OTTAWA — The federal privacy watchdog has closed the file on a complaint about the data-harvesting practices of three national political parties.
May 13, 2021 5:40 PM By: Canadian Press 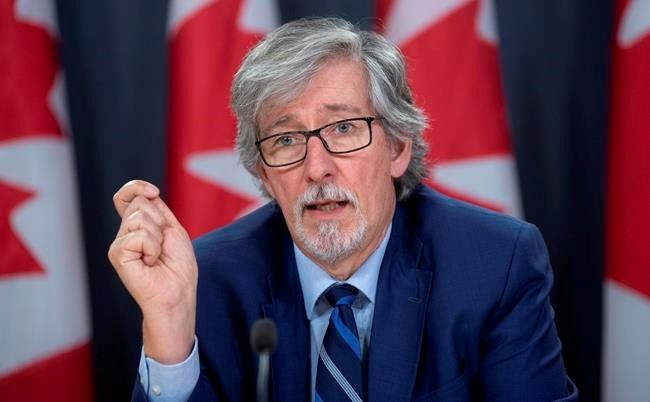 OTTAWA — The federal privacy watchdog has closed the file on a complaint about the data-harvesting practices of three national political parties.

Privacy commissioner Daniel Therrien says the federal law governing personal information does not apply to the parties' activities because they are not commercial in nature.

The decision is the latest setback for privacy and accountability advocates concerned about how parties track and target people in the age of algorithms and detailed databases.

Complainant Gary Dickson had argued the Liberal, Conservative and New Democratic parties were violating the federal privacy law for organizations by not properly informing Canadians how they collect, use and disclose their personal information.

He said the parties use such information to conduct political advertising, including "micro-targeted" ads based on detailed profiles of individuals.

Dickson, a former Saskatchewan information and privacy commissioner, was supported in his complaint by the Centre for Digital Rights, established by businessman and philanthropist Jim Balsillie.

The centre expressed disappointment Thursday but said it was pleased to see that Therrien recently recommended that a bill currently before Parliament, intended to modernize the privacy law, be amended to expressly include Canada's federal political parties.

After receiving the complaint, Therrien's office asked the federal parties for their views on whether the federal law applied to them.

The Liberals and NDP said they were not engaged in commercial activities as defined by the law when seeking public support or soliciting donations. The Conservatives did not respond to the commissioner.

The commissioner found that the parties' general practices concerning collection, use and disclosure of personal information "involve many activities that are not commercial in nature," Therrien's office said Thursday in announcing his decision.

Although the sale of merchandise, memberships and tickets involves an element of exchange, the commissioner was not convinced the transactions, all of which involve raising funds for political activities, were commercial in character, the office said.

Even if these dealings were considered to be commercial, it would not allow the commissioner to investigate the broader practices of political parties, it added.

In a letter to Dickson's lawyer Bill Hearn, Therrien noted the Liberal government had previously declined to act on a parliamentary committee's recommendation to subject federal political parties to the privacy law, pointing instead to provisions in the Canada Elections Act that require parties to publish a privacy policy.

"Although I strongly believe that privacy laws should govern political parties to better protect both privacy and democratic rights, I must apply the law as it is today," Therrien said in the letter.

"As you know, as privacy commissioner I have often called on the need to expand privacy laws to ensure that political parties are subject to legislation and fully respect the privacy rights of Canadians."