TORONTO — Mosques across the country have cancelled or altered their Friday prayer programs, after two Islamic associations called for the practice to be suspended to prevent the spread of COVID-19.
Mar 13, 2020 2:48 PM By: Canadian Press 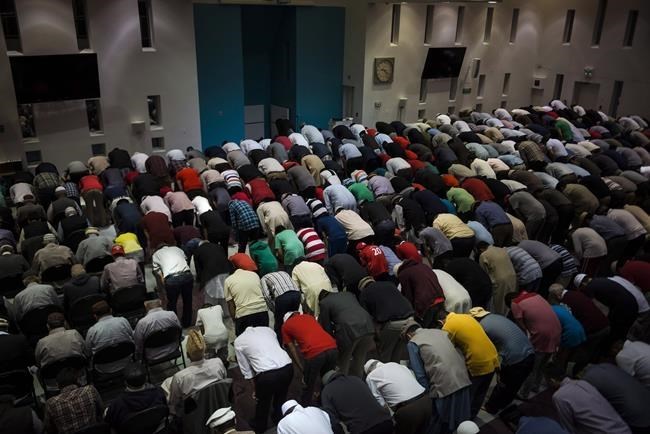 TORONTO — Mosques across the country have cancelled or altered their Friday prayer programs, after two Islamic associations called for the practice to be suspended to prevent the spread of COVID-19.

The Muslim Medical Association of Canada and the Canadian Council of Imams say mosques should cancel Friday prayers — a ritual analogous to Sunday mass for Catholics — until further notice.

Asma Amjad, an Ottawa doctor and the vice president of the MMAC, said it is a difficult decision for mosques to make, but it's part of their duty to help prevent the novel coronavirus from spreading.

"Friday prayers are so beloved to Muslims, it's such an important part of our lives," said Amjad. "But we have a duty to be proactive."

With major sporting events and concerts being cancelled, Amjad said the onus is also on the Muslim community to act.

"As Muslims we're part of this world and we have to ensure that we do our part," said Amjad.

She said she doesn't expect every mosque to follow the advisory immediately, but hopes that over time more will cancel the Friday prayer. Many mosques are already planning to scrap the congregational prayer until the end of March at least, she said.

Mosques in Ottawa, the Toronto-area and Niagara Falls, Ont., had already announced they will halt the prayer this week.

In other cities such as Vancouver and Montreal, some mosques have limited the event to 250 people. Several provinces, including Ontario and Nova Scotia, have asked organizations to limit public gatherings to that number or smaller.

The Islamic Society of North America, which operates a large mosque and high school in Mississauga, Ont., was asking mosques in the area to hold even smaller prayers of 100 people or less if they opted to go ahead with the practice.

ISNA youth counsellor and educator Hosam Helal said the organization had also opted to cancel its prayer out of an abundance of caution.

"We believe that if we wait until a public frenzy or paranoia ... then it will be too late by then," said Helal.

"So we're taking this as a preventative proactive step to hopefully flatten the curve," he said, referring to a term health officials are using to describe an effort to slow the acceleration of infections to prevent the health-care system from becoming overwhelmed.

"It's best to avoid even the death of one person or the injury of one person. It's a very difficult burden to carry."

Amjad said there are some alternatives for Muslims who still want to practice the Friday prayer, including live-streaming the sermon from a nearby mosque, or learning simple sermons and reading them out to family members.