OTTAWA — The federal government is being asked to give new and soon-to-be moms a Mother's Day gift by closing a hole in the safety net preventing some from having their maternity leave fully covered.
May 6, 2021 5:07 PM By: Canadian Press 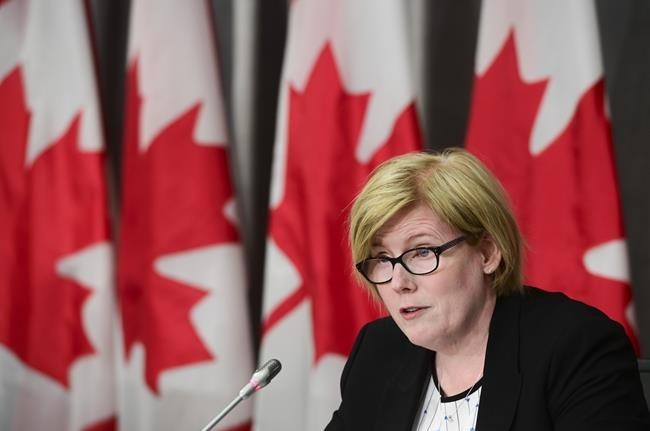 OTTAWA — The federal government is being asked to give new and soon-to-be moms a Mother's Day gift by closing a hole in the safety net preventing some from having their maternity leave fully covered.

As is, eligible workers need a minimum number of hours on the job to qualify for employment insurance benefits, including maternity and parental leave.

But many moms have been unable to work because of pandemic-related job losses, and been caught by the EI safety net.

When a new mother receiving regular benefits gives birth, they have to file a new claim for maternity and parental benefits, meaning they need to meet the hours requirement anew, even though they have been unable to work because of the pandemic.

Opposition critics say they worry new parents might be forced to stay home without income support, or potentially be forced to look for work before they're ready and able.

The Conservatives are asking the Liberals to allow expecting mothers to qualify for their full employment insurance parental leave, even if they are currently receiving federal unemployment aid.

The call follows a similar request made by the federal New Democrats to Employment Minister Carla Qualtrough that said a current workaround to allow unemployed mothers to qualify for EI wasn't working.

Qualtrough told the House of Commons on Thursday that she would look at how to improve the EI system for workers, and mothers in particular.

"Women, of course as we know, they've been hit the hardest through this pandemic," Qualtrough said in question period.

"We are there for all Canadian workers, women in particular, and we are committed to modernizing our EI system to be even more there for them."

It was just ahead of Mother's Day last year that the Liberals dealt with another unexpected flaw in the pandemic safety net where women who identified as pregnant on their EI applications weren't automatically moved over to the Canada Emergency Response Benefit.

Since the EI system kicked back up in late September, just over 298,000 parents have received maternity and parental leave benefits for a combined value of nearly $2.7 billion, according to the latest federal data.

A handful of mothers-to-be worried they won't be able to qualify for their full benefits told Conservative critic Raquel Dancho their stories during a virtual roundtable on Thursday morning.

Some spoke about not knowing how they would pay the bills, expressed frustrations at ongoing parental leave issues, and highlighted how they're now scrambling to make the hours hoping that they can work enough.

"These are real situations with women and men ... trying to figure out how to do this at a very uncertain time," Dancho said at the end of the roundtable.

"It's an overwhelming time as it is, let alone now, and I think a lot of you really nailed it when you said, you know, parents have dealt with so much this year and now this is just one more thing and deeply unfair."

Federal officials had come up with a workaround to the hours issue, giving a blanket, one-time credit to applicants who weren't able to work because of the pandemic and needed federal aid.

In a letter last month to Qualtrough, NDP critic Daniel Blaikie noted some expectant mothers had the credit applied to their EI claims even though they had enough hours, which then made it impossible for them to have enough hours to access their maternity leave once their baby comes.

He suggested the government consider giving expecting parents an option to set aside their one-time credit of insurable hours to use instead for qualifying for maternity and parental leave.

"It's so frustrating to not see any kind of co-ordinated and systematic policy response on the part of the government," Blaikie said in an interview.

"There's more than one way to solve this problem. What you need is that will and the volition on the part of government to make it a priority, and I can't figure out why that's not something that they're willing to focus in on."