OTTAWA — The federal information watchdog is conducting a systemic investigation of the "ongoing failure" of the national archives to provide timely responses to requests from the public for historical spy files.
May 18, 2021 5:11 PM By: Canadian Press 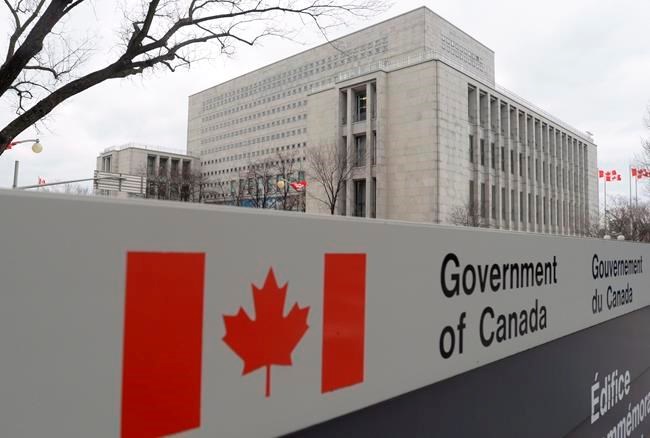 OTTAWA — The federal information watchdog is conducting a systemic investigation of the "ongoing failure" of the national archives to provide timely responses to requests from the public for historical spy files.

Matters are complicated by a long-standing requirement that the archives consult the Canadian Security Intelligence Service before disclosing these records, adding significant delays to the processing of requests.

Library and Archives holds more than 7,000 containers of CSIS records, most of which were created by the spy agency's predecessor, the RCMP security service.

Public requests for these archival records — which include everything from old files on suspected subversives to assessments of Cold War-era threats — must be processed under the Access to Information Act.

Analysts comb through the pages and material considered sensitive, however old it might be, is stripped from the documents prior to a release.

Canada's key intelligence allies have procedures that allow historical security records to be declassified and made available to the public through national archives, presidential libraries or academic institutions.

The lack of such a standardized approach to national security-related materials in Canada has long frustrated historians, researchers and journalists.

In September 2017, The Canadian Press filed a request to Library and Archives for RCMP security records, and the archives said it would need an additional 425 days to process the file. When the deadline passed, the news agency asked Maynard's office to look into the matter.

In her recent findings, Maynard said processing by the archives was delayed in part by a lengthy consultation with CSIS, given that the records were classified top secret.

When CSIS handed the records back in February 2020, the archives could not continue processing them because it lacked the tools needed to digitally process and handle top secret documents.

"A lack of the appropriate infrastructure to handle and process classified records is not a valid justification for LAC's failure to meet its obligations under the Act," Maynard said in her findings.

Library and Archives has been aware of the problem for years and cannot keep delaying solutions, Maynard said.

"This is one of the reasons why I decided, on January 15, 2021, to initiate a systemic investigation into LAC's ongoing failure to provide timely access to information."

James Ellard, a spokesman for Maynard, declined to comment on the scope of the commissioner's investigation or indicate when it would be complete.

Library and Archives spokesman Marc Comeau said the agency has provided all requested information to help Maynard conduct her investigation.

The archives will devise a plan to address the commissioner's recommendations once she delivers them, he said.

Library and Archives expects to be able to digitally process top secret documents by the end of September, Comeau added.

In addition, the archives and CSIS have developed a new draft agreement on the processing of Access to Information requests, he said.

"This agreement is currently under final review by LAC."

In some recent complaint files, CSIS has agreed to downgrade the classification of records to expedite processing.

However, the spy agency said that is not always possible, even though many of the files in question are more than half a century old.

"There can be multiple reasons why certain ... documents remain classified, including the recruitment and protection of human sources, tradecraft and other covert methods still in use today," said CSIS spokesman John Townsend.

"Moreover, it could have significant impact on CSIS's relationship with partners. Accordingly, it would be irresponsible and potentially injurious to Canada's national security to blindly declassify documents. For that reason, all records must be reviewed in advance."