Guardians of Edehzhie: Protecting the land during the pandemic

There was a time last year when the guardians of Edehzhie would head out on the land in the Northwest Territories and worry what their communities might look like when they returned.
Apr 5, 2021 12:29 PM By: Canadian Press 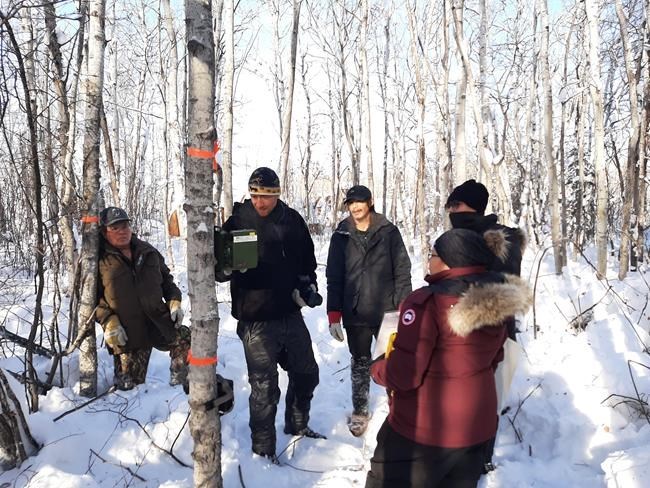 There was a time last year when the guardians of Edehzhie would head out on the land in the Northwest Territories and worry what their communities might look like when they returned.

That was when COVID-19 started to sweep across Canada, threatening the country's northern communities, including those around the protected area known as Edehzhie in the Dehcho region of the N.W.T.

Established in 2018 between the Dehcho First Nations and the federal government, Edehzhie is the country's first Indigenous Protected Area. It covers more than 14,000 square kilometres of land — more than twice the size of Banff National Park.

Edehzhie is known as the "breadbasket" of the Dehcho region, because of its abundance of wildlife, plants and fresh water.

As part of the agreement between the Dehcho and Canada, eight people were hired as guardians to monitor activities on the land. They are from the four surrounding communities of Fort Providence, Jean Marie River, Fort Simpson and Wrigley.

"They're essentially our eyes and ears on the ground," said Ashley Menicoche, one of four Edehzhie community co-ordinators, from her home in Fort Simpson.

As in the rest of the country, the pandemic caused much of the N.W.T. to lock down and strict public-health measures were put in place.

"We were thinking, because you have to be six feet apart, how are you going to do that when you’re sharing a tent and it’s -30 C?" Menicoche said.

The guardians learned to adapt. They stayed connected through satellite phones and other satellite devices while out on the land.

Dahti Tsetso, deputy director of the national Indigenous Leadership Initiative, is also the former director of lands and resources for the First Nations. She said she and a guardian would have Zoom meetings from her back deck in Fort Simpson.

"There’s hundreds of kilometres between us and yet, through Zoom, we’re all able to connect. Funnily enough, because of the pandemic, the ability to create a strong sense of community between everyone was sort of forged through video conferencing," Tsetso said.

The pandemic also meant Menicoche and her team developed more outdoor, land-based programs with the guardians and surrounding communities.

"We built this foundation during COVID and we're still able to do things out on the land while the rest of the world was on lockdown," Menicoche said.

"I was out in the bush last weekend and I just lay some tobacco down and thanked the Creator that we’re still able do this."

University researchers based in southern Canada who couldn't travel to the N.W.T. because of isolation requirements also turned to the guardians for help. The team collected water samples for researchers and set up 80 wildlife cameras in Edehzhie.

The guardians program also pairs local youth with each guardian, something Menicoche said ensures traditional knowledge is passed on to the next generation.

"There’s a lot of knowledge out there that needs to be shared before our elders pass on. And with this program, the youth come to me and tell me how much they've learned."

Menicoche said some of the guardians overcame addictions during the pandemic while spending time on the land.

"To see them work together and overcome their addictions and their challenges out there in Edehzhie was amazing ... these guys have built a relationship together that is phenomenal. This job has made then come together as one," Menicoche said through tears.

After seeing how successful the guardians program could be during a pandemic, Menicoche and Tsetso want to see the program grow for future generations.

"It makes me really emotional to try and project how much more meaningful it will become, especially because I have little kids. I really want that for my kids, for other people’s kids," Tsetso said.

This report by The Canadian Press was first published April 4, 2021.