OTTAWA — The yearly bills from overflowing rivers and rising seas in Canada could nearly triple by 2030 if Canada doesn't do more to improve flood protection, a new analysis suggested Thursday.
Apr 23, 2020 5:09 PM By: Canadian Press 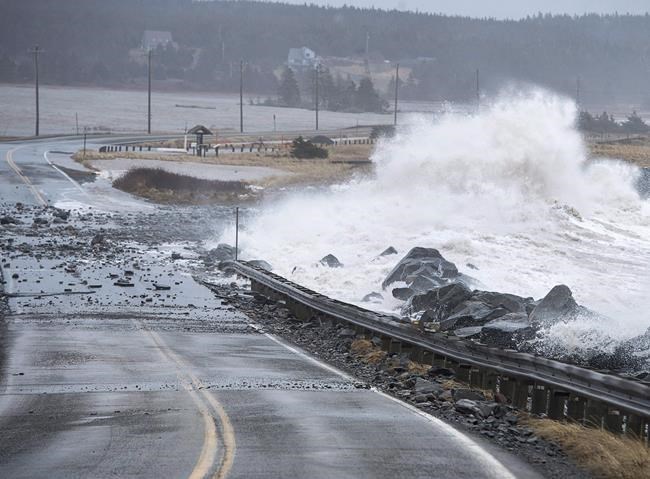 OTTAWA — The yearly bills from overflowing rivers and rising seas in Canada could nearly triple by 2030 if Canada doesn't do more to improve flood protection, a new analysis suggested Thursday.

The Aqueduct Floods project of the Washington-based global think tank World Resources Institute found the number of people around the world affected by floods each year will more than double from about 65 million in 2010, to more than 132 million in 2030. The total annual damage to urban assets, including homes, businesses and public infrastructure, will exceed more than US$700 billion.

While the report raises the most serious concerns for countries in Southeast Asia, including India, Pakistan and Indonesia, Canada will not be spared. The institute found in 2010, flood damage to urban areas, including homes, businesses and public infrastructure, totalled around US$2.4 billion. By 2030, if nothing more is done to prevent or mitigate flood damage, that price tag will be closer to US$6.6 billion.

Coastal flooding in particular is going to get much worse. In 2010, fewer than 1,400 people were affected in Canada, and the urban cost was about US$122 million. By 2030, with current mitigation measures in place, that cost will be 13 times as big, exceeded US$1.65 billion, and the number of people affected will grow to nearly 17,000.

Samantha Kuzma, one of the authors of the flooding project report, said climate change will be responsible for about one-third of the increased flood risks, but most can be blamed on population and economic growth that will see more people and businesses set up in areas becoming more prone to flooding. About one-quarter of the increased risk of coastal flooding can be blamed on subsidence, or the gradual sinking of land.

Kuzma said the costs could change dramatically if countries make flood mitigation a priority, with an estimate that Canadians can prevent more than $2 in damage costs for every $1 spent on things like dikes, berms and drainage.

"I hope this inspires us to invest in preparedness," said Kuzma. "It's worthy of our attention."

Blair Feltmate, head of the Intact Centre on Climate Adaptation at the University of Waterloo, said the World Resources Institute report adds the weight of a very credible organization to research that is warning the world that floods are going to be bigger, happen more often and cost us more money and lives, if we don't start acting.

Feltmate said Canadians are mostly lucky that this spring has thus far not turned out to be a major flood problem so far. He asked how people would manage COVID-19 lockdowns and physical distancing if they needed to be sandbagging properties or evacuating to local community centres.

"It's just pure dumb luck," he said. "Luck is not the policy you want to depend on."

Feltmate said the report's figures would be even higher if it added urban flooding from major rainstorms. He said in Canada, the impact of basement flooding is a major part of the problem.

This report by The Canadian Press was first published April 23, 2020.