TORONTO — The failure of a coroner to fully investigate the death of a four-year-old Indigenous boy was part of a systemic dereliction of duty that ought to face legal scrutiny, Ontario's top court heard on Thursday.
May 6, 2021 4:34 PM By: Canadian Press 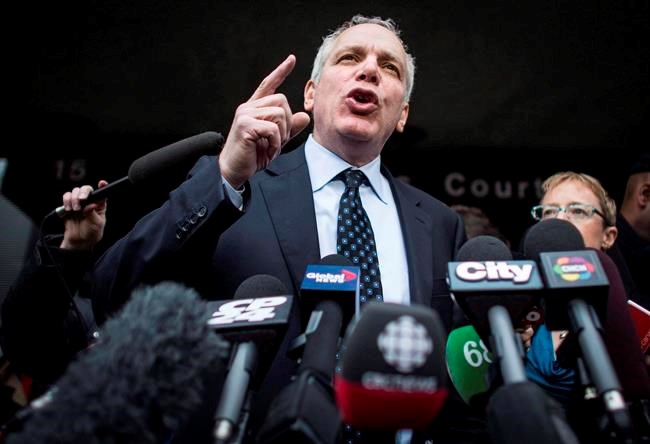 TORONTO — The failure of a coroner to fully investigate the death of a four-year-old Indigenous boy was part of a systemic dereliction of duty that ought to face legal scrutiny, Ontario's top court heard on Thursday.

In submissions to the Court of Appeal, a lawyer for the family of Brody Meekis said it was wrong for a judge to dismiss their lawsuit against the coroner before trial on the grounds he had acted within his discretion.

"It's an exercise of racist discretion," Julian Falconer told the court. "The failure of coroners to attend death scenes in remote First Nations communities is a pattern: It is a pattern, respectfully, of dereliction of duty."

Meekis died in the remote Sandy Lake First Nation in northwestern Ontario of complications from strep throat in May 2014 — something antibiotics would likely have averted. Nurses at the nursing station had for days refused to give him an appointment, instead telling his mother to give him Tylenol, court heard.

He was the second Indigenous child to die under similar circumstances in a matter of months.

Despite guidelines, the coroner, Dr. Wojciech Aniol, did not go to Sandy Lake to investigate the boy's death or interview his family or the nurses. Instead, he asked local police to investigate any family drug or alcohol abuse, court heard.

"When we talk about the loss of Brody Meekis and the needless death of Brody Meekis, we are left haunted by the question: If the coronial system had been functioning the way that it should have been for Indigenous people … would Brody Meekis be alive today?"

The coroner's office also failed to talk to the family about the death investigation or its decision against calling an inquest, the lawyer said.

Brody's family sued Aniol, his superiors and the province for damages. They allege misfeasance in public office, negligent supervision and breach of equality rights.

However, a lower court judge tossed the case in April 2019 as having no prospect of success. Essentially, the court agreed with the province that the coroner was under no legal obligation to go to a death scene and had acted within his discretion.

The family appealed, arguing Superior Court Justice John Fregeau was legally wrong and the underlying issues need to be thrashed out at a full trial. Allowing the earlier decision to stand, Falconer said, sends the message that the death of a First Nations person is not as important as everybody else.

The coronial system, he said, failed to do its job to shed light on the circumstances of Brody’s death as required under the Coroners Act.

“The law has to be able to hold public officials accountable when that pattern of abuse emerges,” Falconer said. "This needs and screams for accountability.

Sarah Valair, lawyer for the province, told the judges the coroners have "broad discretionary powers" and broke no laws. Nor had they acted in bad faith or negligently, she said.

"They cannot show any legal duty was owed the family," Valair said. “All of the exercises of discretion cannot meet the test for misfeasance, because there is no allegation any of it was done deliberately or with malice.”

Government co-counsel, Hart Schwartz said the plaintiffs were claiming the coroner failed to investigate systemic issues worthy of investigation. But, he said, there's no such legal obligation on coroners.

"The process failure can be remedied, deterred, vindicated all adequately with judicial reviews," Schwartz said.

In a rare move, the Appeal Court allowed the virtual proceedings to be recorded and disseminated in Sandy Lake to allow people there to watch. Falconer said about 1,000 people there did.