QUEBEC — The governing Coalition Avenir Québec has dumped one of its members over a political donation she made to a rival party.
Jun 16, 2021 12:35 PM By: Canadian Press 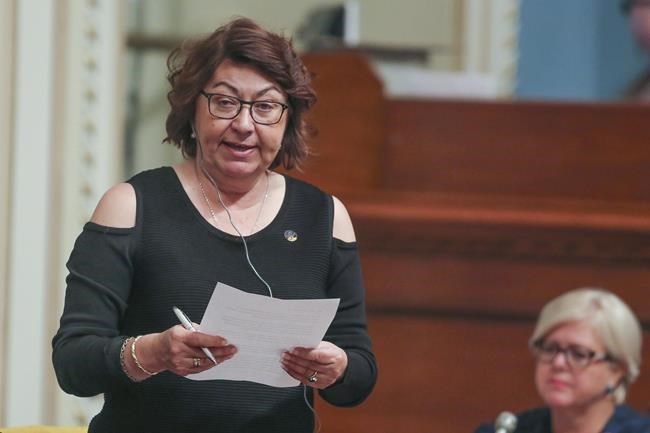 QUEBEC — The governing Coalition Avenir Québec has dumped one of its members over a political donation she made to a rival party.

The party led by Premier François Legault announced late Tuesday it had removed Claire Samson from caucus over a $100 donation she made to the Conservative Party of Quebec, led by Éric Duhaime.

Samson will now sit as an Independent for the remainder of her term, but she was unfazed when reached for comment, saying she rejects the governing party and no longer wants to be associated with it.

Samson says she does not regret the donation and has the right to contribute to the party of her choice.

But the Coalition party ruled it could not accept one of its members donating to a party that contests COVID-19 health measures, as Duhaime, a commentator and radio host, has done on numerous occasions.

Samson was first elected in 2014 and re-elected in 2018 in the riding of Iberville, south of Montreal, but she had already ruled out running again in 2022.

She was notably disappointed at being left out of the Legault government's inaugural cabinet in 2018 and said after her ouster that she always felt excluded by the party and caucus.

Samson hasn't ruled out running for Conservative Party of Quebec, which currently holds no seats in the legislature, saying she donated because she finds its leader inspiring.