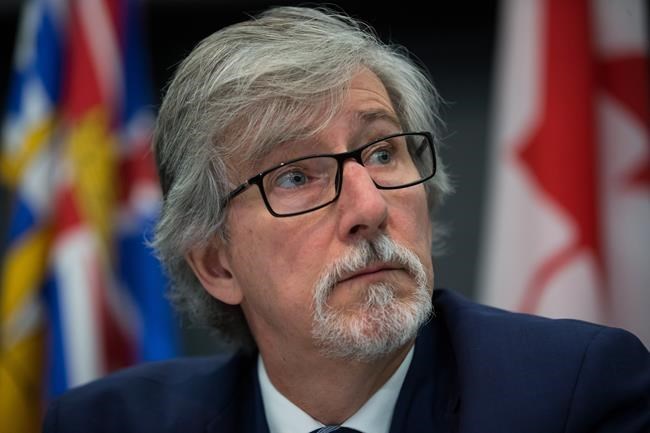 More than 100 victims of exploitive content and scores of lawmakers have also called for a full criminal investigation into MindGeek, alleging it regularly shared child pornography and sexual-assault videos as well as content shot or posted without the consent of subjects.

MindGeek has denied all accusations of wrongdoing, saying it is a global leader in preventing distribution of exploitive videos and images and has zero tolerance for non-consensual content or child sexual-abuse material.

"MindGeek is fully co-operating with the Office of the Privacy Commissioner of Canada. As this is an ongoing investigation, we are unable to comment further," the company said in an email.

"There's a further rule which provides that even if consent is provided, a company cannot collect, use and disclose information if a reasonable person would find that inappropriate," Therrien told the House of Commons ethics committee.

RCMP Commissioner Brenda Lucki told committee members last month that the call from more than 70 lawmakers for a criminal probe is under review, adding that the police agency does not comment on whether an incident is under investigation.

MindGeek draws 170 million visitors a day, including four million Canadians, and generates $460 million in annual revenue, according to the company. It frequently ranks among the dozen most-visited sites in the world, ahead of Netflix and Zoom.

It isn't the only company to stir up privacy concerns of late, with U.S. firm Clearview AI drawing condemnation from Therrien and three provincial counterparts in a February report.

The paper found that the New York-based company's scraping of billions of images of people from across the internet using facial recognition technology amounted to a clear violation of Canadians' privacy rights.

Inadequate regulation jeopardizes privacy rights, "but also impacts the ability to exercise other rights such as freedom of expression and association, equality and democracy," he told the panel of MPs.

"I think very, very significant amendments to Bill C-11 should be made to adequately protect privacy."

Therrien warned that the legislation, which states that privacy and commercial considerations must be balanced, could effectively favour the latter in a way that the current, two-decade-old Personal Information Protection and Electronic Documents Act does not.

"The bill gives more weight to the commercial interests by adding new commercial factors to be considered in the balance, without adding any reference to the lessons of the past 20 years on technology’s disruption of rights," he said.

"I urge you to make clear in Bill C-11 that where there is a conflict between commercial objectives and privacy protection, Canadians’ privacy rights should prevail."

Clearview AI’s technology allows for the collection of huge numbers of images from various sources that can help police forces, financial institutions and other clients identify people.

The report by Therrien and privacy-protection authorities for Alberta, British Columbia and Quebec said the company's algorithms allowed law enforcement and commercial organizations to match photographs of unknown people against the company’s databank of more than three billion images for investigation purposes.

The RCMP became a paying customer and a total of 48 accounts were created for law enforcement and other organizations across the country, the commissioners said.

Clearview AI said it would cease offering its facial recognition services in Canada and that its contract with the RCMP would be terminated, Therrien announced in July.

An investigation into the RCMP's use of the Clearview AI launched by the watchdog in February 2020 is "nearing completion," Therrien said Monday.