VANCOUVER — A pediatric neurosurgeon in British Columbia is urging caregivers to take steps to prevent children from falling from windows and balconies after two kids have died from their injuries so far this year. Dr. Ash Singhal of B.C.
Jun 25, 2021 10:33 AM By: Canadian Press 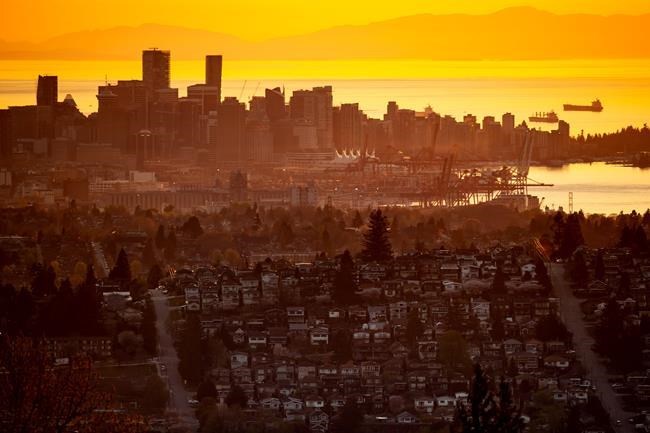 VANCOUVER — A pediatric neurosurgeon in British Columbia is urging caregivers to take steps to prevent children from falling from windows and balconies after two kids have died from their injuries so far this year.

Dr. Ash Singhal of B.C. Children's Hospital said it's also the provincial government's responsibility to change the building code so windows in homes can't be opened enough for young children to tumble out.

A total of eight children have required emergency medical care at the hospital this year, he said, adding the two who died were under the age of four.

Across the country, an estimated 420 children are treated in emergency departments every year for injuries related to falls from second-storey or higher buildings, according to the Canada Safety Council.

"This is an enormous tragedy for kids and families and its effects often can cause very severe brain injuries, spinal cord injuries, smashed faces and the like," Singhal said. "And in many of the kids who survive, it's a life-altering event and it alters the life of the entire family who now has a child with a lot of medical needs."

Some children fall through window screens that may seem like a barrier, or when their natural curiosity has them climbing onto furniture and leaning out a window or tumbling over a balcony railing, he said.

Caregivers should keep in mind that children can climb before they can crawl so it's important to take early measures to prevent falls by keeping furniture including side tables away from windows and putting away stools that kids could move in front of windows, Singhal said.

"It's natural to have nice furniture on your balcony. That's the whole point of having a balcony, to enjoy the nice weather. But you've got to be able to put it away or set it up in such a way that a kid cannot drag the furniture to the railing of a balcony."

He also advised parents to place latches on windows so they can't be opened past about 10 centimetres.

However, Singhal said he's counting on the province to require the construction industry to restrict the opening of windows in single-family homes to a few centimetres so kids can't fall through them.

"There's no such regulation that demands that a window be equipped with an inexpensive safety device prior to getting a certificate of completion," he said.

Ulrik Seward, chief building official with the City of Calgary, said the municipality took the lead across the country in 2016 to try and get the national building code changed to make windows in single-family homes safer for children.

The city worked with an emergency room doctor who had seen far too many injured children ending up in hospital, he said, adding 15 per cent of major trauma patients at Alberta Children's Hospital that year had fallen out of windows.

The National Research Council accepted Calgary's proposal last year but publication of the latest requirements has been stalled due to the pandemic, Seward said,

"It's up to each individual province to decide how they're going to handle the building codes," he said, adding the Alberta government will adopt the national code within a year of it being published.

"The problem with the code as it is today is that for windows that are on second or higher floors of a single-family home, there are no real requirements for how high that window has to be off the ground or whether that window has to be restricted from opening a certain distance," he said.

The new national building code would require that either the sill is no less than 0.9 metres above a finished floor or that the opening of the window is permanently restricted to no more than 10 centimetres for new homes or when new windows are installed, Seward said.

British Columbia's Ministry of the Attorney General, which is responsible for the building code, did not immediately respond to questions about whether the construction industry would be required to adopt the new national building code.

This report by The Canadian Press was first published June 25, 2021.