OTTAWA — Victor Mete has a new home. The Ottawa Senators claimed the 22-year-old defenceman off waivers from the Montreal Canadiens on Monday.
Apr 12, 2021 1:21 PM By: Canadian Press 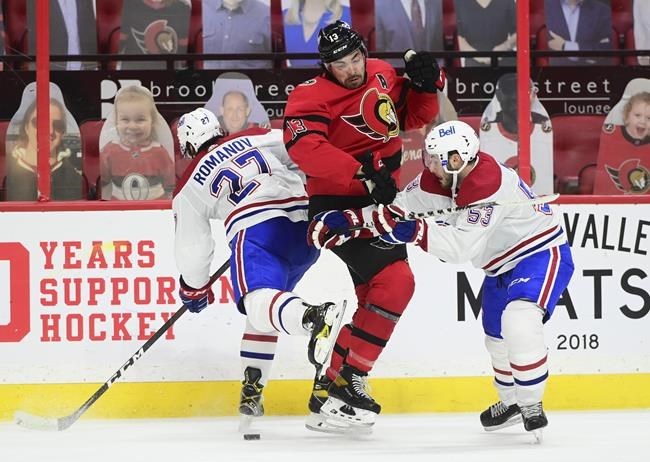 The Ottawa Senators claimed the 22-year-old defenceman off waivers from the Montreal Canadiens on Monday.

A fourth-round pick in the 2016 draft, Mete played sparingly with Montreal this season, registering three assists in 14 games.

In 185 NHL contests, the Woodbridge, Ont., native has four goals and 34 points to go along with two assists in 10 playoff appearances.

Set to become a restricted free agent this summer, the five-foot-nine, 184-pound Mete joins an Ottawa blue line that got a lot younger ahead of Monday's NHL trade deadline.

The club dealt Mike Reilly, 27, to the Boston Bruins for a third-round pick in 2022 on Sunday before shipping Braydon Coburn, 36, to the New York Islanders for a seventh rounder in the same draft.

Jacob Bernard-Docker — the 26th pick in the 2018 draft — signed with Ottawa earlier this month after leaving the University of North Dakota. The defenceman and forward Shane Pinto, another UND product, joined the rebuilding Senators on the ice for their morning skate Monday at Canadian Tire Centre after wrapping up their seven-day quarantine.