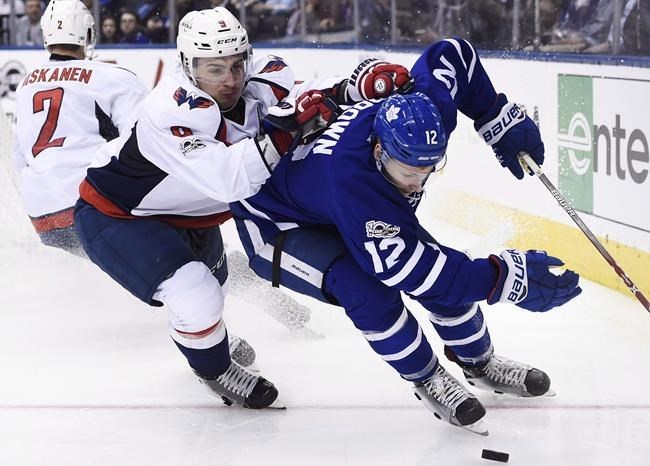 The deal carries an average annual value of $2.1 million per season.

Brown, 23, had 20 goals and 16 assists in all 82 regular-season games for the Maple Leafs last season.

The right-winger added an assist in six playoff games as Toronto was eliminated in the first round by the Washington Capitals.

The Toronto native was drafted in the sixth round of the 2012 NHL draft by the Maple Leafs and has played in 89 career regular-season games with the team.

Brown recorded 90 points in 110 games with Toronto's AHL affiliate, the Marlies, prior to jumping into the NHL.

He played his junior hockey with the Erie Otters of the Ontario Hockey League.