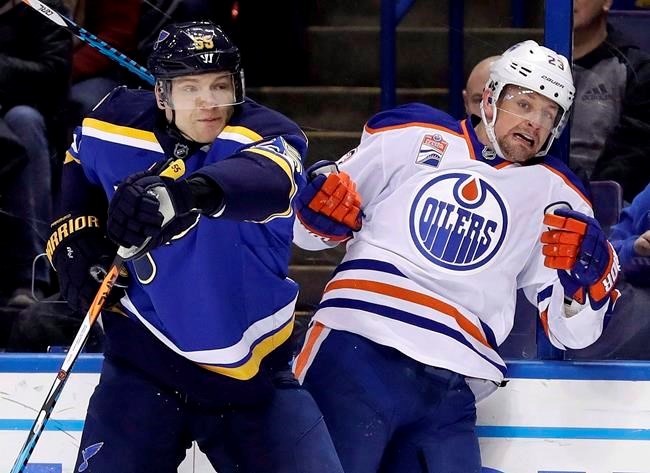 Hendricks, 36, spent the last four seasons with the Oilers and scored four goals and three assists over 42 games for Edmonton in 2016-17.

"Very happy to be joining the @NHLJets organization. Can't wait to meet the guys and get the season off to a good start!" Hendricks tweeted.

The six-foot, 207-pound centre led the Oilers for a second straight season with a 56.9 per cent faceoff winning percentage.

Hendricks previously played for Colorado, Washington and Nashville before joining Edmonton. He has 100 points and 664 penalty minutes in 521 career games.

The left-handed shot was drafted in the fifth round of the 2000 NHL draft by the Predators.