Blue Jackets' Jenner out for the season after finger surgery

COLUMBUS, Ohio — Columbus Blue Jackets centre Boone Jenner had surgery Wednesday for a broken finger and is expected to miss the rest of the season.
Apr 7, 2021 4:51 PM By: Canadian Press 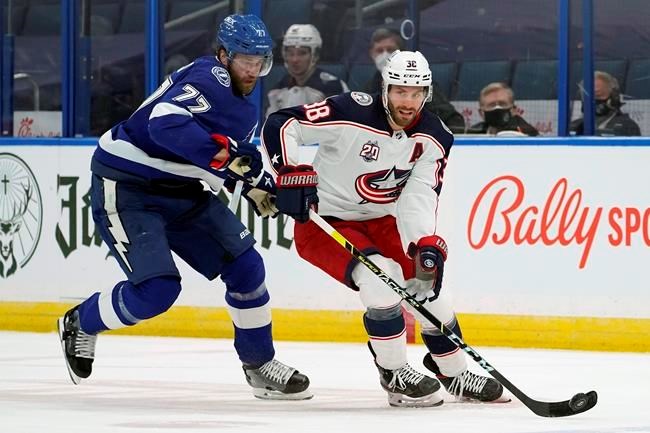 COLUMBUS, Ohio — Columbus Blue Jackets Boone Jenner had surgery Wednesday for a broken finger and is expected to miss the rest of the season.

Jenner was hit in the hand with a hard shot from teammate Patrik Laine in the third period of Tuesday night's win over Tampa Bay. He'll be sidelined about six weeks, the team said.

The 27-year-old veteran has eight goals and nine assists, while playing in all 41 games for the Blue Jackets this season.

Coach John Tortorella said Tuesday night that losing Jenner for any length of time would be “huge," noting that he leads the club in faceoff percentage (55%) and gets as much ice time as some of the team's . He's third on the team in blocked shots.

“There's no one on this team that plays harder than him,” Tortorella said.

At 15-18-8, the Blue Jackets are in sixth place in the Central Division, but only five points out of the fourth playoff spot with 15 left to play. They finish the two-game series with the Lightning on Thursday.