You should not fear a colonoscopy 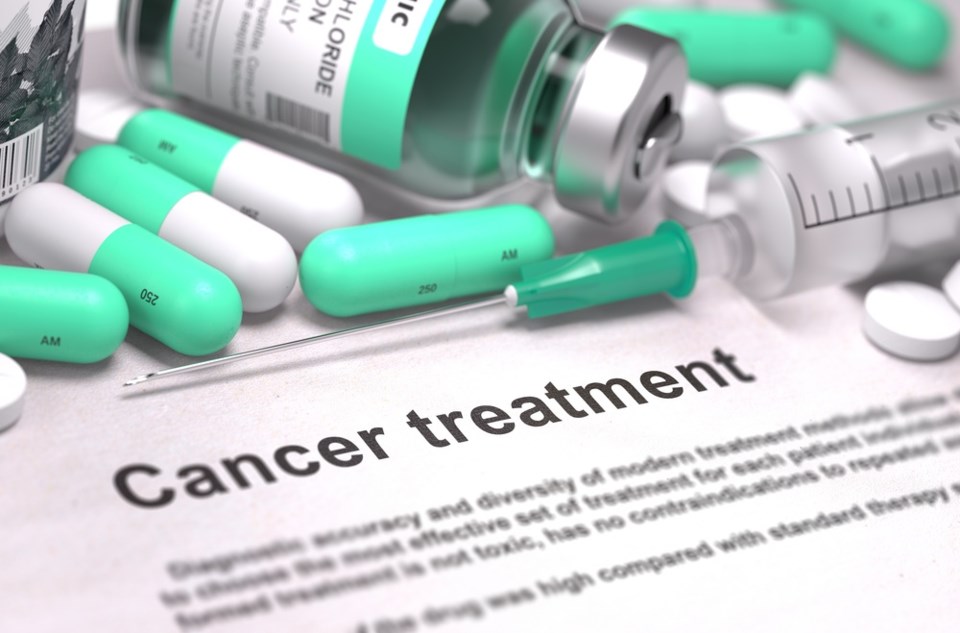 “I would rather have a colonoscopy every year than go through chemotherapy again.”

Those are the thoughts of 33-year-old Travis Beatty of North Bay, who discovered he had colon cancer in 2017. His symptoms began with increasing levels of fatigue to the point that he had difficulty simply climbing stairs.

When his legs started to swell and retain water he sensed something was definitely not right, and a visit to his doctor followed by a blood test proved he was correct. Beatty also noticed his bowel movements had slowed down. A colonoscopy revealed he had a cancerous tumour. He had surgery followed by chemotherapy at the North Bay Regional Health Centre (NBRHC).

“In the end everything worked out well. But at 32 you are not thinking you need a colonoscopy! It was good to catch it early,” said Beatty. “People should not be afraid. I’ve had two colonoscopies and they weren’t that bad. Our health centre is set up to do this procedure very well.”

While colon and colorectal cancer is most prevalent amongst people over the age of 50, Travis Beatty’s experience proves everyone should watch for the warning signs, even though they may be mild at first. Beatty says besides the fatigue and swelling in his legs at night he had no severe symptoms like blood in his stool until just days before his colonoscopy.

What to watch for?

Your colon is triggering an alert when you notice a change in bowel habits that lasts for more than a couple of days with the need to have a bowel movement that is not relieved by doing so. Rectal bleeding, dark stools or blood in your stool, cramping, abdominal pain, weakness, fatigue and unintended weight loss are all symptoms.

Fortunately there are ways to reduce the risks of getting these symptoms. Dr. Scott Shulman, a gastroenterologist at NBRHC, says regular colorectal screening, staying active, reducing or eliminating red and processed meat, not smoking and maintaining a healthy weight are all ways to keep your colon healthy.

“Colonoscopies are a preventative tool,” said Dr. Shulman. “We can make diagnoses and remove small and large polyps. If you have a family history of colon cancer or large polyps are discovered in your colon, you should be getting a colonoscopy every five years. If your results are clear and you have no family history then having a colonoscopy every ten years, is reasonable.”

NBRHC performed 3,193 colonoscopies last year and has seen an increase in the rates of colon and colorectal cancer. In fact it is the second most commonly diagnosed cancer in Canada with more than 90 percent occurring in people over the age of 50. This means there is a need for more and new colonoscopes.

“Just like your car, the scopes wear out after driving enough miles. Having enough colonoscopes gives us easy and timely access to performing the colonoscopy to prevent cancer or catch it early on,” explained Dr. Shulman. “And we can do that, right here at home, so no need to travel.”

The current wait time for a procedure is two months if you’re experiencing symptoms, and six months if you have no symptoms. NBRHC Foundation hopes to purchase upgraded colonoscopes, thanks to community donations from the Cancer Care, Close to Home campaign, which is currently raising funds to purchased urgently needed medical equipment.

Science North's Summer Science program goes virtual, camps cancelled
May 27, 2020 1:30 PM
Comments
We welcome your feedback and encourage you to share your thoughts. We ask that you be respectful of others and their points of view, refrain from personal attacks and stay on topic. To learn about our commenting policies and how we moderate, please read our Community Guidelines.