Despite an identified need for reliable internet, some residents oppose the erection of the towers
Apr 7, 2021 4:24 PM By: Rocco Frangione 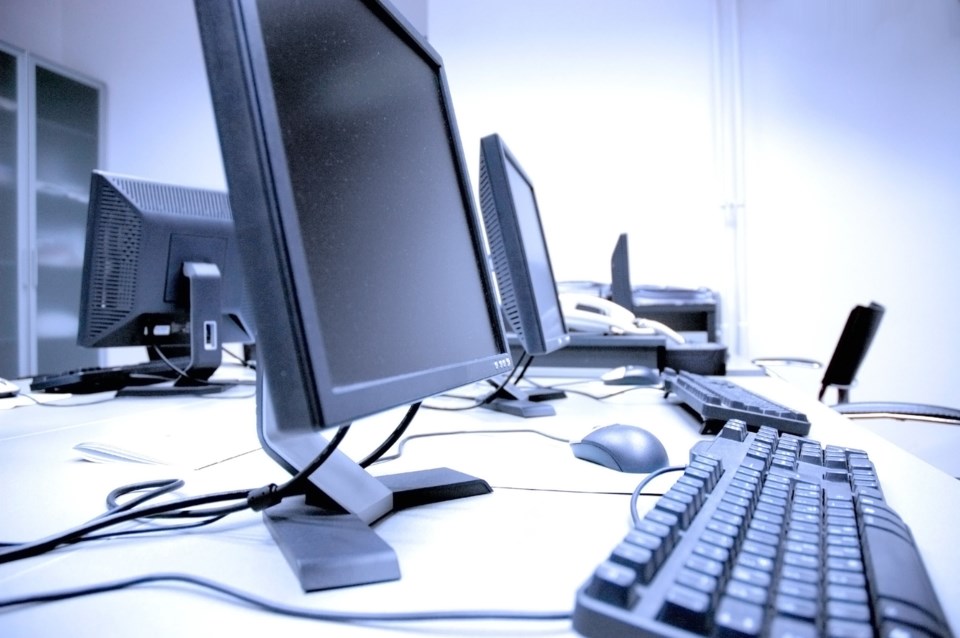 Magnetawan council has cleared the way for Spectrum Telecom Group to erect three internet towers in the municipality that will improve broadband service.

CENGN, which stands for Canada's Centre of Excellence in Next Generation Networks, has identified that Magnetawan and nearby Ahmic Harbour have significant broadband deficiencies.

The solution was to put up three self-supporting towers in the Ahmic Lake area.

Once in place, the towers will provide good and reliable internet service to hundreds of residential homes and cottage owners.

Construction should begin in May or June and the towers are expected to be in place by the summer.

Despite an identified need for reliable internet, some residents oppose the erection of the towers.

Viktor Buzora and Emoke Molnar believe the Rosskopf Road Tower will adversely affect the aesthetics of the area and both are concerned about exposure to radio frequency levels coming from the towers.

The concern about how the towers would impact the natural setting and beauty of the region was also shared by Sarah Fleming, Henry Coppola, Mike Craig and John Harris, with all four voicing their objections regarding the location of the Ahmic Lake Tower at Cedar Croft Road.

Some in this group recognize the need for reliable internet but questioned the location and the proposed height of 184 feet.

It was the same story for the Ahmic Lake Road Tower in Ahmic Harbour, where Dan Hirsche was worried about the aesthetics and exposure to radio frequency levels while Mark Bergsma wondered if property values would drop once the towers were in place.

The job of responding to all the concerns from the residents fell on Wayne Lynch, the project administrator for Spectrum Telecom Group.

On the matter of aesthetics, Lynch said while he understands the concern people may have, the reality is any development where infrastructure is involved to support it will “have some level of impact.”

Lynch said most essential infrastructure like roads, bridges, water towers and hydro lines will have a degree of impact on the surrounding landscape.

In the end it's no different with internet towers, and Lynch points out in the last 10 years internet service “has become essential for most people”.

Lynch says none of the three towers will expose people to harmful radio frequency levels.

Lynch says based on available scientific evidence there are no health risks from exposure to low levels of radio frequencies.

Lynch states further that radio frequency emissions from the towers are relatively low when compared to the power transmitted from common household items like microwave ovens, Hydro Smart Metres and cell phones.

Lynch also says he would not expect radio frequency levels to interfere with a person's pacemaker if the individual is close to a tower adding many items in homes create a much higher energy field than the towers simply because of the person's close proximity to these devices.

Lynch adds if household devices were known to affect pacemakers, the public would have heard about it by now.

When it comes to the height and exact location of the towers and why other sites won't work, Lynch says the selected sites were determined by engineering studies and radio path designs while reducing the tower heights at or near the tree line won't provide the adequate coverage users need so the height of the towers is necessary to clear any terrain.

On the argument that the towers will lower property values, Lynch says there is no credible evidence to support this position.

He says the negative impact internet towers have on property values comes up a lot.

But Lynch says often, just the opposite is true because clients ask real estate agents if a property has good and reliable internet.

Lynch repeated several times in responding to the residents that an internet service people can depend on is now considered essential.

There was one concern Lynch couldn't address at this time and it's whether the towers will be equipped with red and white flashing lights known as aviation obstruction lights.

However, he cautions that if Transport Canada or NAV Canada order that the towers must be equipped with the lights, then Spectrum has to comply.

Not everyone who communicated with Spectrum opposed the internet towers.

Residents like Norm Puhl and Bob Vernon wrote into Spectrum saying they support the initiative to put up a tower on Cedar Croft Road while Chantal Forget (Taillefer), Mike Herzog, John Connolly and Shirley and Leo Dorig indicated their support for the Ahmic Harbour Tower on Ahmic Lake Road.

In terms of costing, residents right now pay a monthly fee ranging from about $50 for an internet speed of 1.5 megabytes per second and up to $126 for 10 mbps.

Once the three towers are up, 25 megabytes per second will go for $100 a month while 50 mbps will cost homeowners $126 a month.