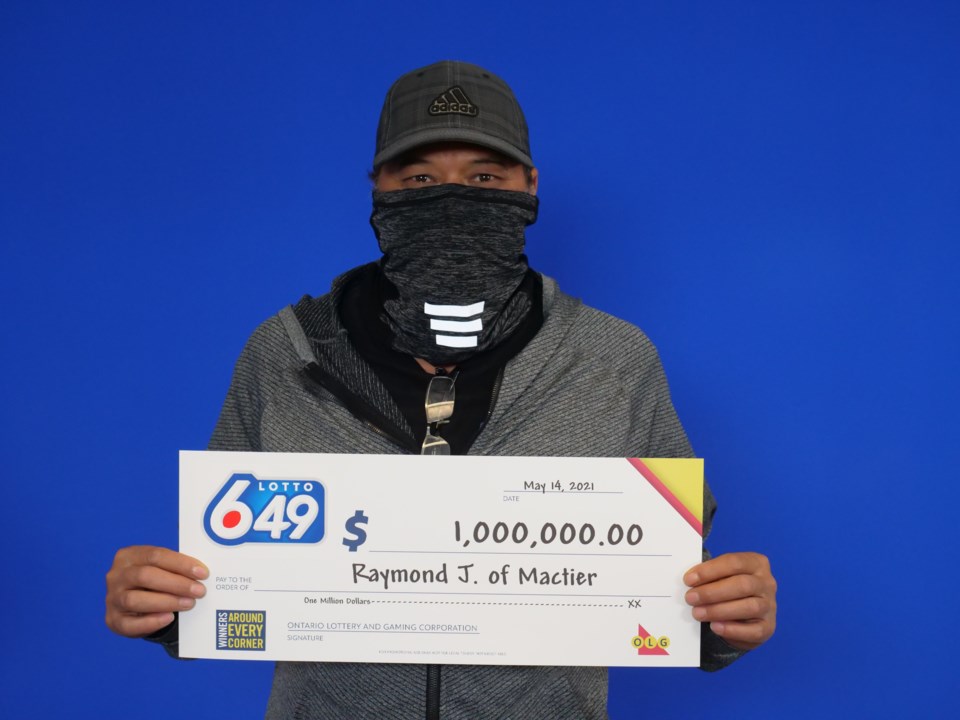 Raymond James of Mactier, west of Huntsville, has that “6/49 feeling” after winning the Guaranteed $1 Million Prize in the April 10, LOTTO 6/49 draw.

"I play LOTTO 6/49 and LOTTO MAX when the jackpots are high," shared Ray, a financial industry worker.

Ray discovered his big win while at the store. "I was shocked. I saw $1 million pop up on the screen and felt like I blacked out," he laughed. "The next thing I knew, I was told to expect a phone call from OLG!"

The father and grandfather went home to tell his wife the news about his big win.

"I was thinking about the positive impact it would have on her," he smiled. "I told her I didn't make it to the hardware store because we won the lottery and she started jumping up and down! To be honest, that was the best part of winning the lottery – it’s a moment I’ll never forget.”

Ray plans to purchase his wife a boat and pay some bills with his winnings.

The winning ticket was purchased at Muskoka Station Store on High Street in Mactier.