Hockey players fill shelves this time instead of net 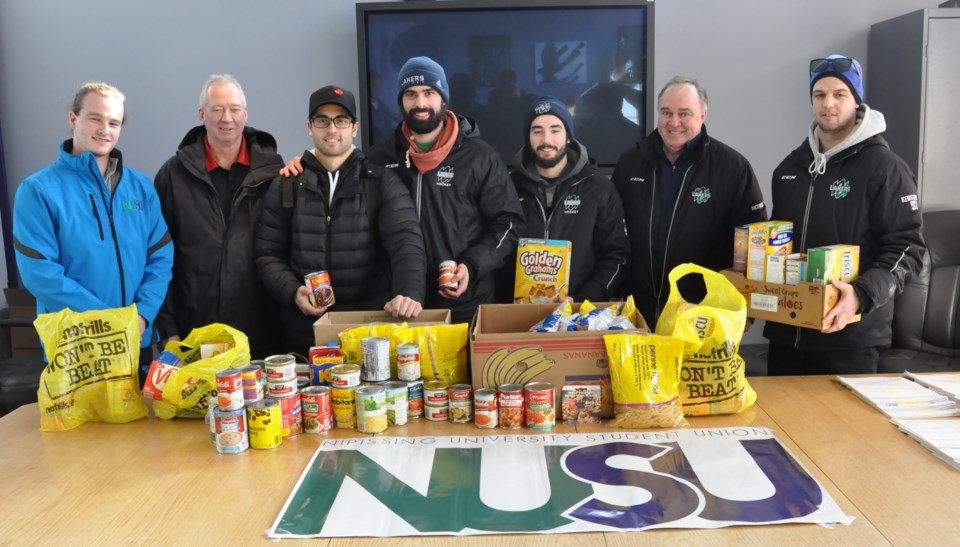 This year, the Lakers donated about three quarters of a tonne of food thanks to their food drive, the continued sponsorship efforts of Mike and Lori Sheehan's No Frills on McKeown, as well as fundraising efforts.
Over the six years of donating, the men's hockey team has given about three tonnes of food.
A NUSU representative commented when the food was delivered; "This is the biggest one-time donation I've seen."

Sudbury driver gets a speeding ticket and an impaired charge
Jan 14, 2021 12:41 PM
Comments