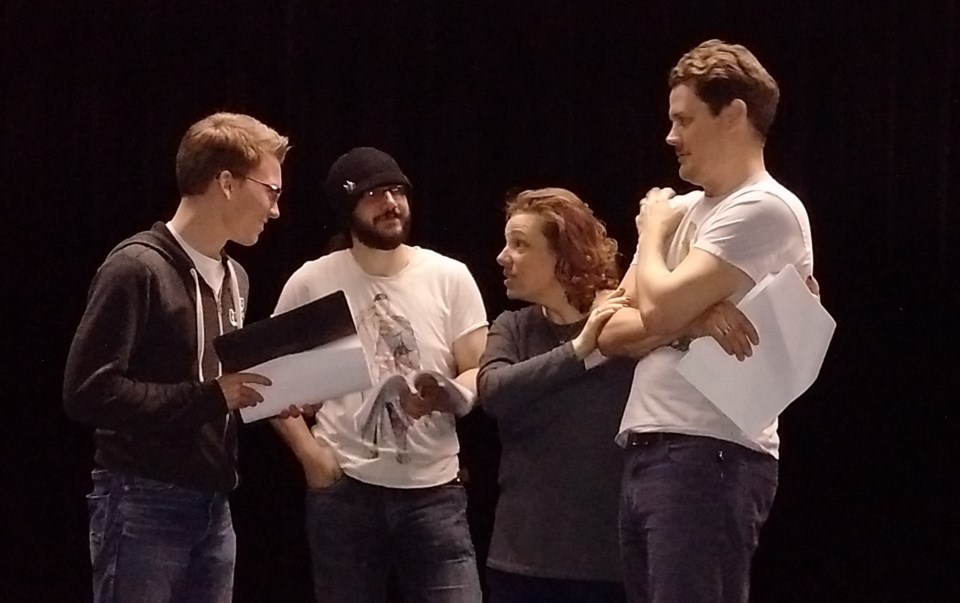 The Gateway Theatre Guild is presently rehearsing Outlaw, written in 2004 by Norm Foster and directed by Johanna McPherson says a news release from the group.

This western comedy tells the tale of a young Canadian homesteader travelling far from home and who finds himself accused of murder in the state of Kansas in 1871. With only his wits to defend himself, he turns the law of the land – and the men hell-bent on enforcing it – upside down.

"This authentic western is a unique take on the days when guns were the law. It's sure to have audiences on the edge their seats," says the release. "With his love of his family to guide him, Bob engages in a dangerous and hilarious battle of wits to convince his captors he is innocent.

Four  Performances will run, May 8 - 11, at the Widdifield Secondary School Theatre.

Tickets can be reserved by visiting the GTG website,www.gatewaytheatreguild.ca,  calling the GTG Ticket Reservation Line @ 705-358-1425, or by emailing TixGTG@gmail.com.

Science North's Summer Science program goes virtual, camps cancelled
May 27, 2020 1:30 PM
Comments
We welcome your feedback and encourage you to share your thoughts. We ask that you be respectful of others and their points of view, refrain from personal attacks and stay on topic. To learn about our commenting policies and how we moderate, please read our Community Guidelines.