Regional Chief Pierre Pelletier of the Northern Superior Chiefs said a plan to set aside large tracts of land for caribou holds the potential for catastrophic socio-economic impacts on First Nations in the Robinson-Superior Treaty area
Aug 14, 2017 11:00 AM By: TbNewsWatch.com Staff 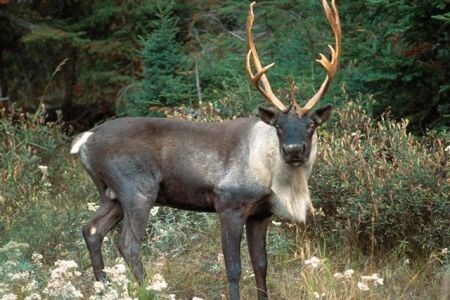 THUNDER BAY -- A coalition of First Nations leaders in the Thunder Bay region alleges that the Ministry of Natural Resources and Forestry (MNRF) has failed to adequately consult Indigenous communities while developing measures to protect the woodland caribou.

Regional Chief Pierre Pelletier of the Northern Superior Chiefs said a plan to set aside large tracts of land for caribou holds the potential for catastrophic socio-economic impacts on First Nations in the Robinson-Superior Treaty area.

Pelletier said caribou protection will reduce the moose population, a strategy he described as "playing with nature".

"The fact that the government has not meaningfully engaged or informed our communities is appalling, given the unknown impacts these policies could have within our jurisdiction," he said.

Pelletier said one-day information sessions arranged by the MNRF that focus on rules "without any consideration" of consequences do not constitute consultation.

Wilfred King of Kiashke Zaaging Anishinaabek First Nation charged that the ministry has not conducted any studies to show whether caribou protections will impact the habitat and numbers of moose, an animal that's a traditional food source for his people.

King said the government has unilaterally defined the endangered species "and created caribou ranges and prescriptions within my immediate territory without our knowledge or consent. I will not stand for that."

Edward Wawia, chief of the Red Rock Indian Band, added that if the new regulations are implemented, it will compromise access to their traditional areas and the sustainable forestry businesses the community has built.

His concerns were echoed by Will Windigo of Nigigoonsiminikaaning First Nation in Treaty # 3.

Windigo said part of the consultation is ensuring his members and Elders "are listened to and informed so they can make informed decisions on the 28 endangered species prescriptions."   According to Windigo, his community has developed business partnerships and made significant investments to increase its participation in the forest sector. He said he refuses to tell his members that they will no longer have jobs or a revenue source.

Joe Ladouceur of Bingwi Neyaashi Anishinaabek also weighed in on the controversy, saying the MNRF is treating his people like "an afterthought," and going against the government's commitment to reconciliation with Indigenous people.

Ladouceur said the ministry has attempted to hold "one off regional information sessions without adequate notice to acquire responses from First Nations that will inform their consultation process which we did not agree to," adding that the communities have been misled.

MNRF respects Aboriginal and Treaty rights and is committed to meeting its constitutional and other legal obligations in respect of these rights, including the duty to consult and accommodate, where appropriate.The Ontario government understands how important the forestry sector is to the economic and social well-being of the people of Ontario.

That’s why in advance of the expiration of the current ESA exemption for forest operations in June 2018, MNRF has been exploring approaches to integrate the Crown Forest Sustainability Act and the Endangered Species Act in a way that protects species at risk and their habitat, minimizes impacts on forest operations and wood supply, and provides economic opportunities for the forest sector and the communities that depend on it.

The MNRF is actively listening to the concerns of Indigenous communities - as well as the forest industry, municipalities and other stakeholders about the posting of the prescriptions.

We want to be clear no decisions have been made to date.