ATV thefts are Crimestoppers 'Crime of the Week' 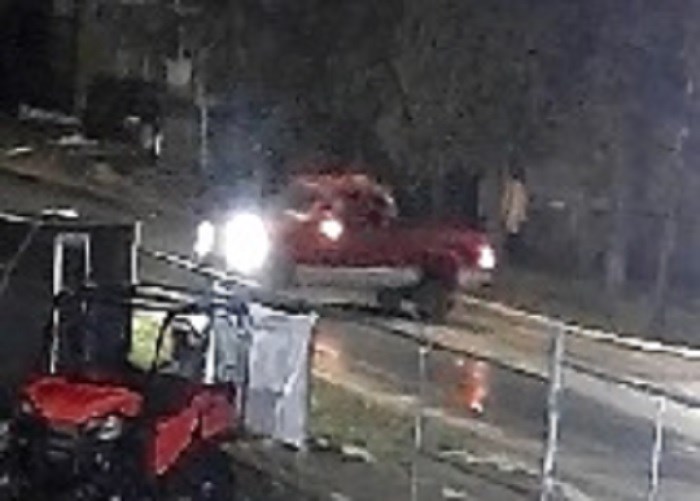 This truck was involved in the theft of three ATVs. Supplied.

Near North Crime Stoppers and the North Bay Police Service are asking for the public’s assistance in identifying the people responsible for a break, enter and theft that took place on November 22, 2019, at North  Bay Cycle and Sports, located on Wallace Rd.

Shortly after 1:45 a.m. thieves entered the locked compound and stole a:

The thieves, believed to be men, fled the scene in a reddish Ford F250 with grey rocker panels. The vehicle was last seen heading south on Wallace Rd.

Police are seeking the identity of two suspects.

"We did figure out that the truck used was also stolen in North Bay and found in Ottawa the following morning, but no ATV’s." said police.

Anyone with information on this B & E and theft  or any other crime is asked to contact Near North Crime Stoppers: