A friend's poem to Bryan Manson 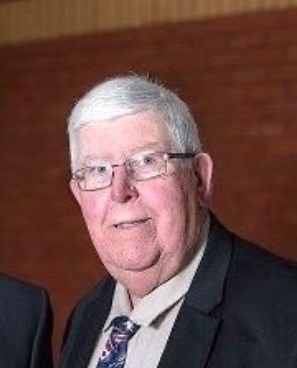 Bob Bartlett was a friend and client of Bryan Manson who passed away last Friday, October 9th.

Bryan Manson has passed away,

He was a very good friend of mine;

We knew each other for many years,

He was courteous, intelligent, and kind.

I met Bryan years ago,

When his office was down on Main Street;

When we met for a meet and greet.

Bryan was a financial planner,

One of the very best;

I happened to have a few dollars in the bank,

And was looking for a place to invest.

I had heard Bryan on the radio,

I thought ‘this guy really knows his business,

We hit it off right from the start,

And always did for thirty-five years;

Through the good, the bad, and the tears.

When I would meet Bryan at his office,

For an update from time to time;

We would ‘shoot the breeze’ for an hour or so,

About whatever was on our minds.

Not only would we talk about financials,

But also of current events,

He would bring me up to date on my investments,

Right down to the dollars and cents.

I remember back in eighty—seven,

In October to be exact;

Thirty-three years ago this month,

When the markets went crashing back.

Many wanted to sell their stocks,

And were all in a panicky mode;

But Bryan was cool as could be,

And led us down the financial road.

He said the only time you’re going to lose,

Is when you make the decision to sell;

It’s better to bide your time and wait it out,

And everything will turn out well.

It so happening he was absolutely right,

The markets turned around overnight;

There was a tremendous rally thereafter,

Bryan Manson was a large man,

In stature and in personal traits;

I will miss our get together chats,

As we talked about things small and great.

Bryan knew the stock market inside and out,

It was not just a matter of luck;

He chose the funds that were going to do well,

And would get the most bang for your buck.

Bryan was from Niagara Falls area,

And started working when he was twelve;

He became a giant in the financial world,

And in whatever he decided to delve.

He used to work in radio,

And was a friend of Lord Thompson of Fleet;

He was an announcer at several stations,

And was well liked by those he would meet.

And he was very conscientious,

At work or in personal relations,

He always sent me a birthday card,

To celebrate the special occasion.

I’ve seen him with a tear in his eye;

When we were talking about the old days,

Or some friend who passed away by the by.

Bryan would send me a ticket,

For a hockey game once a year;

In the owner’s box at the gardens,

If you drank you could have pizza and beer.

There would be invitations to the ski hill,

Where you could enjoy yourself, snowboard or ski;

Or you could sit and watch the skiers,

While you ate and were sipping your tea.

I never heard him utter an ill word,

About anyone in thirty-five years;

Rather, he would take the high road,

With a smile and I wish you good cheer.

Bryan would always wish you well,

And would say to you, ‘Have a nice day’;

Whenever he happened to see you,

It was this gentle giant’s way.

The last time I talked to Bryan,

Was on the phone several months ago;

He had called to give me an update,

On my semi-annual portfolio.

To Ellen and Kimberly and John;

On the loss of husband and father,

Who has departed for the Great Beyond.

Cynthia will be missing her Grandpa,

She works in the family business too;

Cathy and her friends and her co-workers,

Will be shedding a tear of a few.

As we say goodbye to Bryan,

And wish him Goodspeed in the sky;

As he continues on the next steps of his journey,

Up there in the sweet by and by!

$2 Million in infrastructure funding for Nipissing Area
Oct 30, 2020 10:52 AM
Comments
We welcome your feedback and encourage you to share your thoughts. We ask that you be respectful of others and their points of view, refrain from personal attacks and stay on topic. To learn about our commenting policies and how we moderate, please read our Community Guidelines.