What's up with that spring stink? 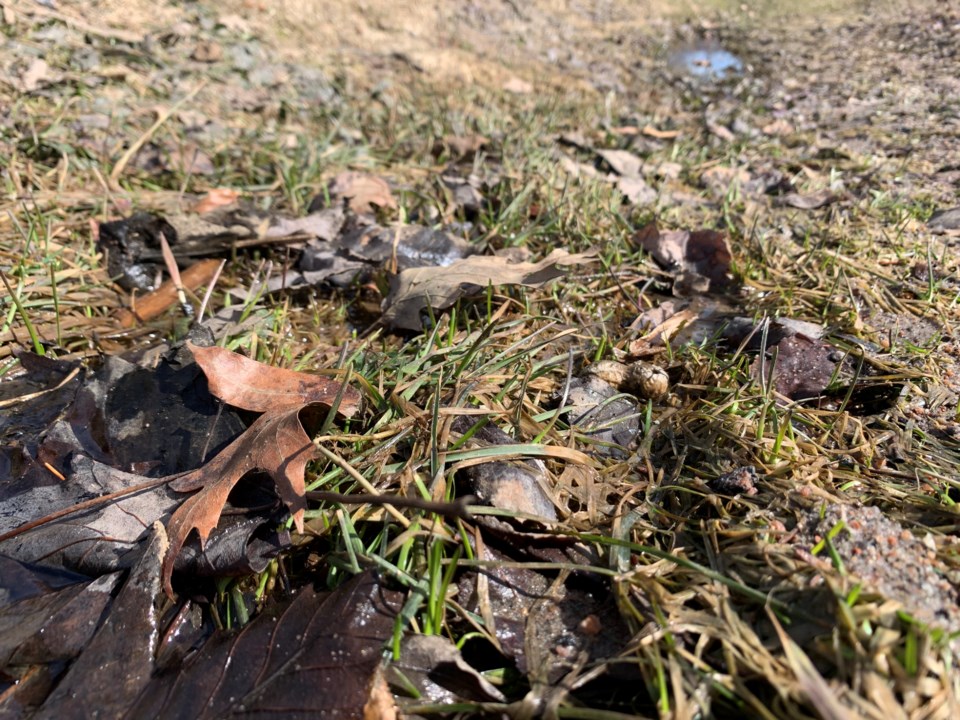 Wet grass in the spring can bring with it a nasty aroma. Photo by Chris Dawson/BayToday.

There's an unusual and unpleasant spring smell that you probably recognize.

It's a musty, stinky smell that usually catches your sense of smell in the early spring - especially near your wet yard or field. It is an unpleasant odour that makes you check the sole of your shoe to see if you stepped in doggie do-do.

Well, don’t blame man’s best friend or any mysterious garbage that reveals itself during the spring thaw.

That unusual aroma is something called “Geosmin” which literally means Earth smell.

"That smell is a smell that humans are very sensitive to. We can smell 5 parts per trillion for instance and if you put one drop of pure geosmin – the chemical – into an Olympic size swimming pool humans would be able to detect it."

Whether you enjoy it or not, that Geosmin smell isn’t exclusive to Northern Ontario – it’s a smell that can be found everywhere in Canada.

And mask or no mask - for many of us - that really stinks.