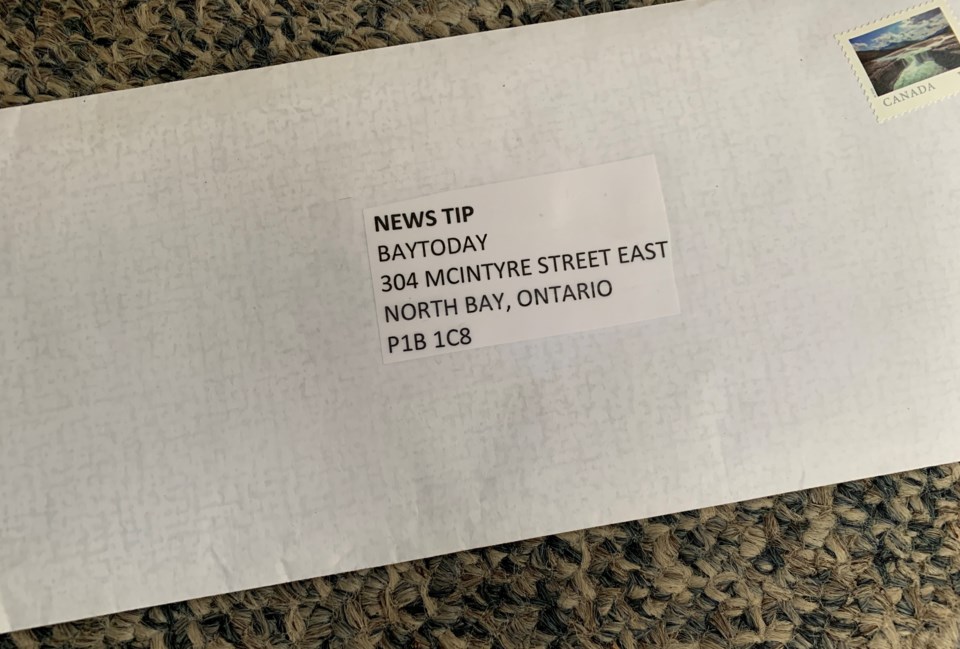 I thought this week I'd give you some insight into how a story develops and how we track it down.

The one I've chosen happened last week and is ongoing so it will be interesting to see how it unfolds.

Here it is: Customers of burned-out Midas Muffler feel left in the dark

No two ways about it, the fire was a tragedy for the owners, Patsy and Ray Oneil who had poured the last 12 years into the business.

But is often the case in the news biz the story doesn't end there.

We get a lot of tips from the public, and this one came in the form of an email from Glenn Scale of Callander.

He told us he had his summer tires removed and paid m|idas $50 to store them over the winter. When fire struck the building he was naturally concerned about his tires and rims with about $2,400.

Glenn told us he had tried to contact the owners but the store phone number was no longer in service. He tried their personal phone number but it had been disconnected. He even tried Midas, now owned by a Japanese company and headquartered in Florida. All to no avail.

When I get tips, part of the process for me is, 'Will this appeal and interest the general reader?'

The story is local and timely. A senior citizen had to replace the tires at another $2,400 and was being ignored by the very people who should be trying to help, so I gave Mr. Scale a call. He was very eager to help and provided all the details I needed.

My next step was to try and contact the Midas franchise owners to get their side of the story. I had the same lack of success as Glenn so I gathered the facts as I knew them and wrote the story.

When it hit the pages of BayToday it got an immediate reaction. People in the comments section offered sympathy and advice, A couple more sent tips.

The first came from another customer who also had tires and rims stored with Midas. She said she actually had limited contact with the owners via Facebook before the page was taken down. She says she was told the owners had no intention of contacting, nor reimbursing customers. She's willing to do an interview, so look for a followup story.

Another tipster told us to look at a gofundmepage set up for the owners to help with their retirement plans. Sure enough, the page is there and so far over $4,000 has been donated by sympathetic people. The goal was originally $2,000 but was raised when the organizer realized how much money was coming in.

We also got an odd call from someone else.

The owner's son Travis phoned BayToday reporter Chris Dawson to complain that we even ran the story. Hopefully more on that later.

So that's how it's unravelled so far. Stay tuned.

Lots of International hockey success for North Bay area coaches and players
May 11, 2021 9:00 AM