With COVID-19, leaders have to be willing to make hard choices

The North Bay Parry Sound District Health Unit confirmed on February 13 that the South Africa variant was the source of the outbreak at a local apartment building
May 7, 2021 2:30 PM By: Dr. Peter Zalan 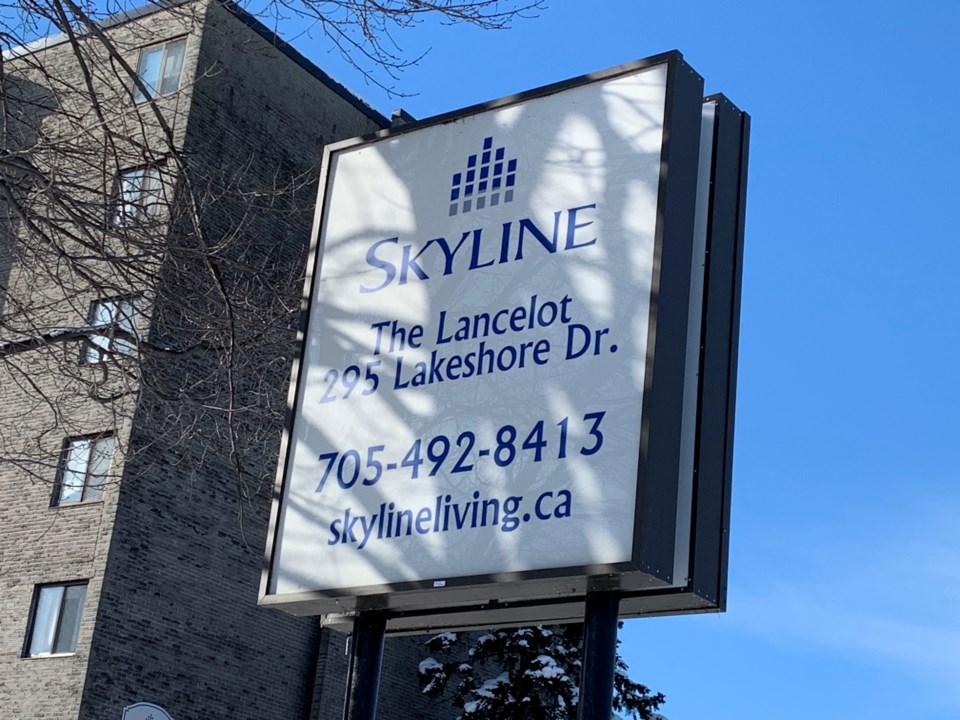 The Lancelot Apartments in North Bay had an outbreak of COVID-19 this past winter. Jeff Turl/BayToday.

Ontario is in trouble. Too many patients need hospital care. Hence a provincial emergency order now permits the transfer of hospitalized patients to another hospital without necessarily obtaining consent.

This was followed by a new provincial transfer protocol to allow for the transfer of hospital patients to a long-term care or retirement home not of their choosing, without having to obtain the consent of the patient or their substitute decision-maker.

Hospitals have been instructed to begin “ramping down” elective surgeries and procedures in a bid to free up capacity.

The Ministry is holding in reserve a triage policy that, in the event health resources are exhausted due to the overwhelming call for ICU care, those expected to live 12 months or longer should be given [priority].

That we should have had to adopt such measures says a lot about the lack of leadership offered by our provincial government. It did not need to have turned out like this.

Yet there are public health districts with different outcomes.

The North Bay Parry Sound District Health Unit confirmed on February 13 that the South Africa variant was the source of the outbreak at a local apartment building.

The source was a traveller from Dubai with inadequate self-isolation. Unlike most other parts of Ontario that began to re-open at that time, North Bay remained in lockdown until March 8 by order of Dr Jim Chirico, the local Medical Officer of Health. His intent was to stop the spread of the variant. This proved successful. There are only two COVID cases now in the North Bay hospital.

It was at some personal cost as marchers in the street outside the health unit office called for an end to the lockdown and chanted “Chirico has got to go.”

Then schools closed to in-person learning on March 15 by order of Dr Penny Sutcliffe, our local Medical Officer of Health.

Protesters waved signs as part of a “Rally for Freedom” against COVID-19 restrictions. There are currently only only 15 COVID cases in Health Sciences North.

700,000 people live in Brampton. Many of them are essential workers, working in warehouses, distribution centres, factories, manufacturing and meat packing. They work in close quarters. There would be few goods at Costco without their involvement. Many live in multi-generational homes.

Often whole families become infected. They make do from paycheck to paycheck. They often continue to work even when sick because of lack of sick benefits. The 13-year-old girl who died recently following a COVID infection lived in Brampton. Her father was a warehouse worker, whose wife was in hospital with COVID.

One week ago, Peel, the district surrounding Brampton, had 20 per cent of all COVID cases in Ontario, leading all cities in Canada with its number of cases. It received only 7.5 per cent of Ontario’s vaccine supply and, up until last week, no paid sick leave. Its ICUs were dependent on transferring patients to other hospitals.

“Brampton has been left to burn,” says Dr. Brooks Fallis, an ICU doctor in Brampton.

Schools in Peel Region were ordered to close and switch to remote learning on April 5, despite the provincial government saying it’s their belief they should remain open. The government did decide to close all schools on April 12.

Let me describe what happened in Sardinia, an Italian island with a population of 1.6 million.  By March 2021, it was the only region in Italy to be declared a zona bianca – a white zone – meaning the number of new cases was falling precipitously and life was returning to normal. The rest of Italy was envious.

Today, Sardinia is a cautionary tale. It is now red, the only region in Italy with that status as the country reopens. “When Sardinia went into white, the message interpreted by the people was that they could return to normal life. Too many did, and then the English variant came.” said Dr. Sergio Babudieri, the director of infectious diseases at Sardinia’s University of Sassari.”

What conclusions can we make from this tale of three cities and an island?

Decisive, early action like those taken by North Bay and Sudbury, leads to good outcomes. Inability to make the hard choices early, hesitancy, waffling only lead to disaster. Finally, to quote Dr. Babudieri, “If there is a lesson here, it’s never let your guard down in a pandemic.” It is not over until it is over.