This week in Wine All the Time, Vin discusses the hazards of and some solutions to the issue of cork taint
Mar 9, 2019 10:00 AM By: Vin Greco 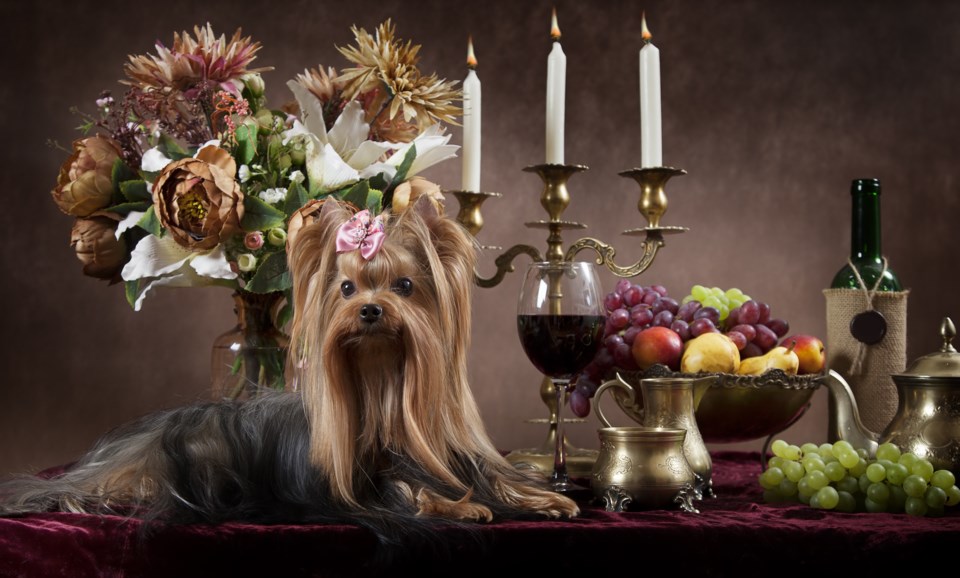 We all understand that many animals have far superior senses of smell than do we “merely human” beings.

In France, pigs are often trained to sniff out truffles, fungi that can be worth much more than their weight in gold.

In Asia, a large species of rat is being used in some countries to detect land mines that have been left behind after the wars.

Dogs, of course, have long been employed by police and other agencies to detect drugs and explosives, to track criminals, and to find lost individuals.

Recently, the olfactory talents of hounds have been enlisted to help wineries in their fight against mould contamination.

If you have ever pulled the cork on a bottle of wine, only to encounter an unpleasant odour of wet socks or wet cardboard and a corresponding off-taste, then what you are experiencing is a problem often referred to as “cork taint”.

Cork taint occurs when a mould, “TCA” or perhaps “TBA”, infects the cork, and the wine in the bottle is spoiled.

It has been estimated that as many as one in twelve bottles with cork enclosures may display this fault. You can imagine the expense associated with this. This would be one of the main reasons that wineries, - especially, though not exclusively, with inexpensive wines – have turned to screwcaps, plastic “corks”, and even glass stoppers as a solution to this dilemma.

Unfortunately, the mould problem is not limited to corks. Air-borne chemicals can infect other production aspects in the wine cellar, from storage tanks to barrels, from transfer hoses to cellar drains, etc.

I recall that some years ago, the huge Gallo cellar in northern California, a space the size of two football fields, was infected.  The problem was so wide-spread that the entire cellar had to be sanitized. The cost in materials – and wine – was tremendous.

Today, however, in at least one cellar in Chile, the tide may be turning. According to winespectator.com, a group of dogs has been trained to sniff out TCA and other “nasties” that can compromise the quality – and drinkability- of wines.

I am not sure why the endeavour, called the “Natinga Project” which means ‘search of origin” in Zulu has this South African orientation in a South American country, but it does.

“Search of Origin” definitely makes sense, though, as the dogs are trained to seek out the sources of contamination.

In the wine cellar in Chile, the dogs seemed to identify the contamination source in hoses used in transferring wine; however, the problem wasn’t eliminated. Had the dogs slipped up?

The dogs were brought back to the cellar… and then went back to the very same spot; however, this time the handlers and winery workers were more careful to notice that it wasn’t the hose, but rather a small rubber ring attached to it that the dog had pin-pointed.

The dogs had made no mistake, but in fact were even more specific in their detection than anyone had realized.

The problem, indeed, was resolved.

Thank goodness, now even wine has “gone to the dogs.”

By the way, if you ever open a bottle and find that the contents aren’t sound, whether it be cork-taint, oxidation, or some other issue, close the bottle up and return it to the LCBO. There should be no issues in the process. A few years ago entire cases of a chocolate-confected wine had started to re-ferment in the bottle! Ultimately, the whole shipment was recalled.

Likewise, if a wine you order in a restaurant is faulty, it should be sent back, too.

Verifying that a wine is sound is the only reason the server should present the cork and have you taste the wine before it is poured – it isn’t to determine whether you like it or not.

Herdade do Rocim Mariana Branco 2017, $13.95, is a white from Portugal new to the LCBO.  With a 92 from the Decanter World Wine Awards, it offers medium body, peach-like flavour, along with good citrus acidity. Decanter comments on its sleek frame and good intensity.

Luna Nuda Pinot Grigio 2017, $16.95, hails form Italy’s northeast, and carries a stellar 91 from the Ultimate Wine Challenge 2018, which indicated that “in the mouth orchard fruits take charge lending a crisp complement of apple skin to the more exotic flavors for a dry finale.”

Domaine Bousquet Reserve Chardonnay 2016, $18.95, has been singled out for its creamy palate along with spice and smoke notes on the palate. Various citrus characteristics have been noted on the nose. (Decanter World Wine Awards – 90.)

Organized Crime The Mischief 2017, $18.95 – Ontario’s Organized Crime Winery takes its name from the story of one Mennonite splinter group stealing the organ from another Mennonite competitor. The Mischief is an aromatic blend of Chardonnay, Riesling, Gewurztraminer and Sauvignon Blanc. Writer Rick Van Sickle identifies “a peachy-apply profile on the palate with citrus accents and a kiss of sweetness on the finish.” – 88.

After the attention given to Toro Bravo, a wine created  specifically for the Ontario market, I am very much tempted to try Castaño Casa Carmela 2015, $13.95, a Monastrell-based red from Spain developed for the U.S. robertparker.com calls it “super classic but clean” with “meaty Mediterranean character.” -90.

Two Italian reds also attract. Firriato Chiaramonte Nero D”Avola 2015, $15.95, is praised for its “full body” and “round, velvety and ripe tannins” – James Sucking -93. Tommasi Masseria Surani Ares Primitivo/Cabernet Sauvignon 2016, $15.95 is a wine from Puglia made by a house more commonly known for its wines from the Veneto. Vintages suggests that it is “soft and savoury, with notions of stewed fruit and herbs and a nice, long finish.”

A trio of reds from Argentina are also tempting. Los Haroldos Estate Bonarda 2015, $14.95, is “fresh and fruity with round tannins and a sweet-fruited finish,” according to James Suckling – 89.

Desquiciado Malbec 2016, $15.95, is actually a blend of Malbec, Cabernet Franc, and Grenache. Is “perfumed, balanced and complex with subtle spices, a hint of whole bunch sap and a long finish.” – 93 timatkin.com.

Bastide Miraflors Syrah/Vielles Vignes Grenache 2015, $19.95, may be the “sleeper” of the release. It is compared by robertparker.com to Sine Qua Non, a California cult wine that can cost anywhere from several hundred to several thousand dollars a bottle. Given that I am never going to experience any of these, this $20 wine looks like an excellent alternative.

It is said to have “killer notes of smoked meats, chocolate, blackberry and black raspberries. Deep unctuous, open knit and layered, it continues to change in the glass, has a seamless and silky profile.” – 94.