Whatever happened to Beaujolais?

This week in Wine All the Time, Vin tells us about a wine that seems to have fallen off the radar but is still a good value with wonderful qualities
Apr 27, 2019 11:00 AM By: Vin Greco 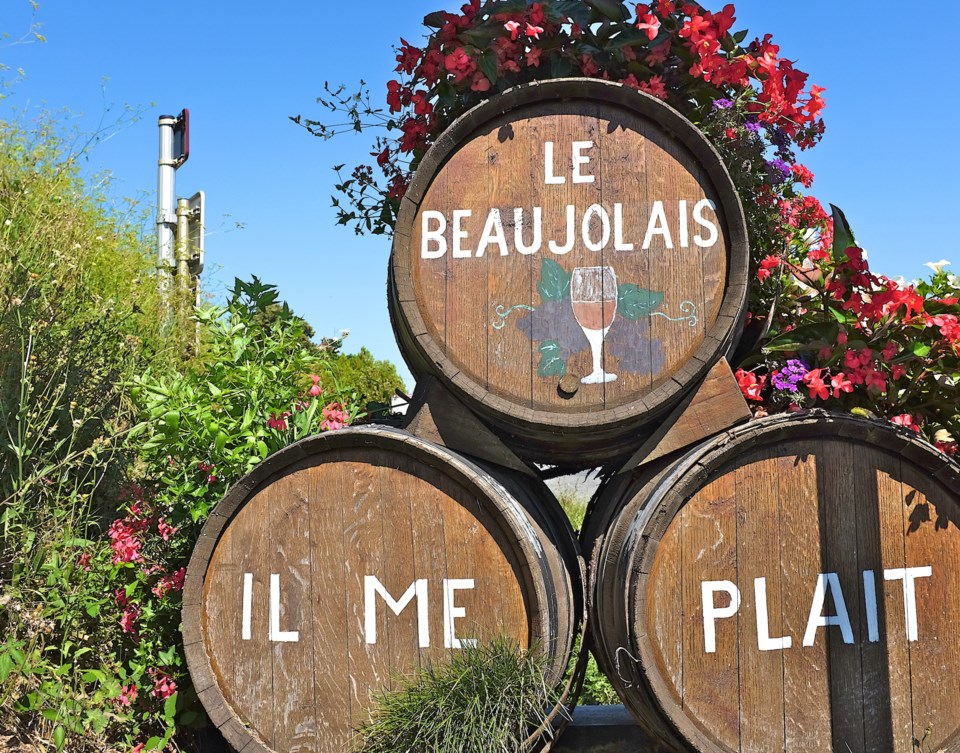 When we consider the popularity of different types of wines, many examples quickly come to mind, such as California Cabernet Sauvignon, Argentinian Malbec, French Bordeaux or Burgundy, etc. The list goes on.

A wine that has definitely been off the radar for a few decades is Beaujolais.

Beaujolais is a sub-region of Burgundy. Its primary red grape is Gamay Noir, not the far better known Pinot Noir which grows in the greater part of the region. The LCBO lists 27 Beaujolais, of which 11 are either Rosés or Nouveaus, leaving only 16 red wines.

If we consider just the varietal, there are 71 Gamays, of which 57 would be red wines. In comparison, the LCBO currently carries nearly 200 Malbecs and over 550 Merlots, 560 Syrahs, 650 Pinot Noirs, and 1,000 Cabernet Sauvignons.

Like the popular comedian of earlier days, Rodney Dangerfield, Beaujolais “gets no respect.” This is unfortunate, as Beaujolais and Gamay wines are often very good.

Unfortunate, but I think “understandable.”

Just as many people still think of “Zinfandel” as a sweeter white or ‘blush’ wine, not knowing that it is foremost the producer of some very tasty red wines, many associate Beaujolais with the fresh and grapey “Nouveau” which is released about two months after harvest on the third Thursday of November.

The Nouveau is meant to celebrate the new harvest, and in France various festivities originating in the wine villages would be held in its honour. For a while, starting I believe in the 1970’s and 80’s, those celebrations took off world-wide.

Races would be held to see who could get the Nouveau form Beaujolais to Paris in the quickest fashion, and I recall huge parties in Toronto beginning on a Wednesday evening, which would culminate in the opening of the Beaujolais Nouveau at the stroke of midnight.

A lot of this was hoopla and brilliant marketing, no doubt, and the easy-drinking, refreshing Nouveau was perfect for instant enjoyment. It fit in well with the increasing interest in wine in North America at the time; however, in the process, ‘Beaujolais proper’ was eclipsed.

As the Nouveau excitement gradually faded, those sales dropped off. There is still some interest, and about a dozen Nouveau or Novello wines still come to market every November. At the end of the day, though, classic Beaujolais reds are generally dismissed, with many drinkers not realizing that they are anything other than a fad.

Gamay, actually, can produce fruity and ripe red wines with good acidity, and depending on where it is grown, the characteristics of the wine can vary.

Beaujolais is located north of Lyon in France, south of the main part of Burgundy and north of the Languedoc and Roussillon regions. Within Beaujolais, the classifications go from basic Beaujolais through Beaujolais-Supérieur and Beaujolais-Villages to Cru Beaujolais produced in any one of ten specific villages, each of which has distinctive characterisitcs.

In general, the lighter wines are associated with the villages of Fleurie, Chiroubles and Saint-Amour, the bigger wines with Juliénas, Morgon, Moulin-à-Vent, and Brouilly. In the middle in style come the wines from Regnié, Chénas, and Côte de Brouilly. 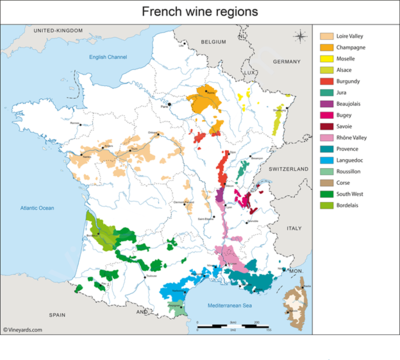 Some of the bigger wines can be aged in oak, and may show “fut de chêne” on the label. These wines can handle some cellar time easily, and often show earthy qualities along with good fruit. The lighter versions are intended for relatively early consumption, probably within a couple of years of production.

The lighter wines would pair well with roasted chicken, turkey, or pork, with the deeper wines matching well with lamb or dishes with spicier sauces. 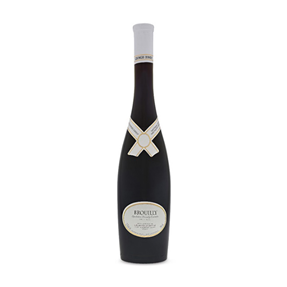 In Vintages, Duboeuf’s Domaine Mont Chavy 2016 Morgon, $20.95, has a pleasing depth, dark fruit, a bit of pepper, and lovely balance

On the March 2 Vintages release, and still available is Chateau des Tours Brouilly 2016, $21.95, bearing a 91 from the Wine Enthusiast, which calls it “full, packed with fruit and acidity, and already delicious to drink.”

On April 27, Cave Du Chateau de Chénas Moulin-à-Vent 2016, $19.95, arrives in Vintages. Sara d’Amato of winealign writes, “a crunchy Gamay - nice and naturally fruit spiced with great floral aromatics and a wealth of complexity.” Her colleague John Szabo calls it “classically-scented” and uses the term, ”textbook” in reference to it. This would be an excellent wine to seek out to discover fine Beaujolais.

While good Beaujolais deserves a higher place on our list of wines to seek out, we must also remember that Ontario’s Niagara is also ideal for growing Gamay.  It has been grown here since the late 70’s, especially at Chateau des Charmes. Their Gamay Noir, $15.95 on the regular shelves, is a good example of what Ontario can do with this grape. 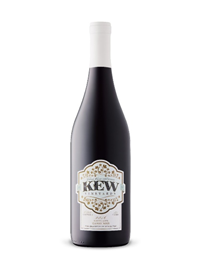 All in all, for refreshing and lively reds, look to authentic Beaujolais and fine Ontario Gamay Noir. They are both ripe for the picking –and for enjoyment.

Arterra wines, which are available at some of the Wine rack stores, at Jackson Triggs Winery and at greatestatesniagara.com, has just released the Arterra Pinot Gris 2017, Arterra Pinot Noir 2017, and Arterra Chardonnay 2017 each $29.95.

The Pinot Gris is not in the Wine Rack stores: however, it is particularly intriguing, as it walks the fine line between what we expect of a classic Pinot Gris and what we hope for in a Pinot Grigio. Generally, the same grape, but very different styles. The “Gris” tends to be richer tasting, spicier, with a sweeter impact on the finish. Pinot Grigio puts the emphasis more on live acidity and citrus fruit flavours.

Here, the citrus and stone-fruit flavours are rich, and the finish has admirable grip. The effect was unexpected, but the result is a gorgeous dry white wine.

There is no confusing the classic chardonnay character of Arterra’s 2017. To call it “Burgundian” would be no insult to the French. The extraction of flavour is significant, with apple and peach notes, along with some vanilla oak-spice. Everything carries through to the long finish, where citrus and smoke seem to be at play.

The Arterra Pinot Noir is yet another illustration of how well this grape does in our “cool climate” in Niagara. Mid-weight, with a depth of flavour that is enhanced by drying out a portion of the grapes in the “Appassimento style” associated with Amarone, the wine delivers integrated red and blue berry flavours with a gentle tannic burr on the finish. It is wonderful by itself, but will be a great accompaniment to a leg of lamb or roasted salmon. 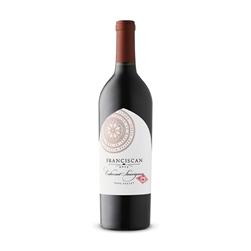 It offers dense dark fruit in a smooth and savoury package. James suckling refers to “black currants, berries, spices and cedar” and calls it both polished and succulent – 92.

Featherstone Four Feathers 2018, $14.95 – Always good value, this aromatic blend of Riesling, Gewürztraminer, Sauvignon Blanc and Chardonnay from Niagara carries enough residual sugar (16 g/l) to be just off dry, but the citrus finish pulls it back nicely. Orchard and tropical fruits inter-play here, to create a wine perfectly suited for sipping or for Asian cuisine.

Matahiwi Estate Sauvignon Blanc, $17.00, enhances New Zealand’s reputation for outstanding Sauvignon Blanc. Given a 95 at the Decanter Asian Wine Awards 2018, it was described as “towering over the competition…sophisticated, and subtle with sweet fruits and a touch of basil. Lovely and lifted with a fresh, rounded texture.” It may just have lifted the bar another few centimetres.

Black Forest Dry Pinot Gris 2016, $15.95, from Germany is very attractive. John Szabo says it isn’t as dry as purported (7g/l) but that it nevertheless is “fleshy, stony… [and] tempered by high acid, with respectable length and depth – 88

Basciano Chianti Rufina  2016, $16.95, is one of the smallest Chianti sub-zones outside Chianti Classico. Its high elevations suggest that the grapes develop more slowly and that the tannins are softer. This wine took Gold at the  Mundus Vini Spring Tasting 2018. Jame Suckiling suggests that there is “a lively combination of bright fruit, crisp acidity and well-crafted, moderately dry tannins that give it a long and lively finish.” – 93.

Solanera Viñas Viejas 2015 $17 – According to robertparker.com, the wine has a ”powerful, yet terribly balanced palate with concentration and elegance, fine-grained tannins and a clean, focused flavors.” – 92 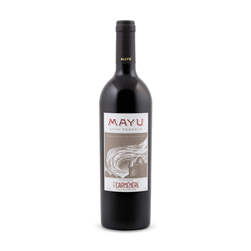 Mayu Gran Reserva Carmenère 2015, $17.95
Mayu Gran Reserva Carmenère 2015, $17.95, from Chile also appeals to the “Parker People”. They explain that, with the Gran Reserva, the grapes are allowed to hang for two extra months, losing a third of their volume and concentrating flavours à la Amarone. This results in a wine that has added complexity and a “sweet and sour palate” along with a silky mouth-feel. It is quite distinctive -91

Navarro Correas Selección Del Enólogio Malbec 2014, $19.95, is a single-vineyard wine from Argentina that was aged 18 months in oak barrels. It has a “creamy personality with plenty of sweet spices, toast and smoke.” – robertparker.com – 90.