What will the Battalion do with the first pick in the OHL Priority Selection?

Do the Battalion take the best player who has now committed to play in the USHL next season?
Mar 26, 2020 10:00 AM By: Chris Dawson 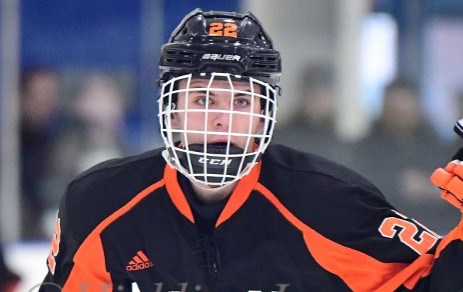 The North Bay Battalion took care of some business on Tuesday by removing the interim tag from coach Ryan Oulahen. The team announced that Oulahen and the Battalion have agreed to a three-year contract.

Now the next task at hand is the OHL Priority Selection which takes place online on April 4. However, the first choice, which the Battalion own, will be made on Friday night.

The Battalion won't acknowledge who they will select, but the consensus first overall selection is potential generational player Adam Fantilli who played this past season at Kimball Union U.S. prep school in New Hampshire. In 25 games this season, the Toronto native had 18 goals and 18 assists for 36 points.

"We hope to acquire a great deal of talent in this year's draft and in the next few drafts here," owner Scott Abbott responded Tuesday when asked about the first overall pick.

"We are certainly in a position to do it with the first overall pick. We are doing our due diligence towards that selection and we feel good about where we are going but that pick will be made known Friday, April 3, the day before the Priority Selection itself which has been a customary protocol for the league over the past several seasons. I don't want to get ahead of ourselves with any public discussion right now but I think we are in a good place."

See related: Will the Battalion have the opportunity to enlist a generational player?

"I am not going to tip my hat one way or another on any individual player but what I can say is we have had a lot of conversations with all of the top players, some great conversations and we continue to have those conversations leading up to April 3 so it is kind of business as usual," said Dennis about the first pick.

"I know it is not the answer you are looking for but we are all going to have to be patient until the draft. All the communications we have had are really positive and it is part of the process and part of the process for both sides. I think the one thing we all need to understand is on the other end of it, we are dealing with 15-year-old kids and there is a lot that goes into the draft and what is going to happen moving forward."

However, Dennis had a lot of good things to say about Adam Fantilli.

"He is the total package, he is a big powerful kid, he is a great skater," Dennis said when describing the 6'2", 181-lb forward.

"He has got the skill to do things that most guys can't with the puck and to back it all up he is a tireless worker which I think is a pretty lethal combination when you add it all together."

That seems to be quite the endorsement but there are still some question marks relating to Fantilli including the million-dollar question: will he report?

Back in mid-March reports circulated in North Dakota that he did an NCAA school visit to the well-known Division I school.

On top of that, his brother Luca Fantilli, who played with Adam at Kimball Union last season, has an NCAA commitment to the University of Michigan for the 2021-22 season. Luca, a defenceman, was a first-round U18 selection of the Niagara IceDogs last season.

It was also a surprise to many OHL scouts last fall when Adam elected to join his brother at the USHS program in New Hampshire instead of staying in Toronto and playing out his minor midget season in the GTA with the Toronto Jr. Canadiens.

On Wednesday, the Chicago Steel announced they have committed to both brothers for the upcoming season.

To explain, the USHL is considered to be a major junior league in the United States where NCAA committed players will not ruin their eligibility while playing there.

“On behalf of our organization, I want to sincerely thank Giuliano & Julia Fantilli for entrusting us with the development of their sons, both as players and as people,” said Steel General Manager Ryan Hardy in a Chicago Steel release.

“We can't wait to get to work with the Fantilli brothers and the rest of the 2020-21 Chicago Steel as we look to return the Clark Cup to Chicago."

So the question is, do the Battalion risk selecting a high profile player like Fantilli regardless if he reports or not?

That is a Battalion discussion that I'm sure will be significant in the upcoming days.

Meantime, both Ken Campbell from the Hockey News and Bob McKenzie from TSN tweeted late Wednesday afternoon that Fantilli would not report to any OHL club until the 2021-22 season.