What route will the Battalion take with top CHL Import selection?

Dennis says the key will be to bring in an impactful player with the top selection. "We want a guy who is going to come in and play a role for us and a big role," said Dennis.
Jun 29, 2020 2:00 PM By: BayToday Staff 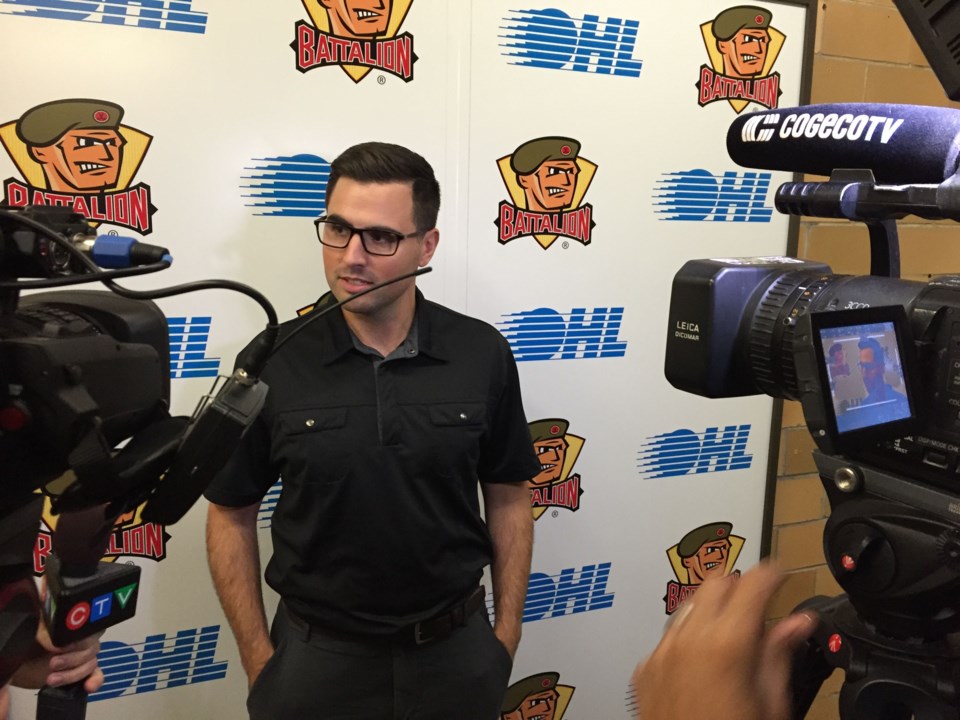 For the second time in 2020, the North Bay Battalion will be selecting first in a draft.

Tomorrow the Troops will have the number one selection in the CHL Import Draft which takes place online Tuesday, June 30.

"Again we are looking for an impactful player and we feel confident we can get somebody in our lineup," said Dennis in early June.

Initially, Adam Dennis stated the Battalion would want a top 6 forward and a top 4 defenceman with their two import selections.

However, that was before a June 2 trade with the London Knights in which the Battalion shipped a handful of draft picks for Minnesota Wild and Russian native Matvey Guskov.

Now, their only import pick in 2020 will be the first one.

Dennis says the key will be to bring in an impactful player with the top selection.

"We want a guy who is going to come in and play a role for us and a big role," said Dennis.

But as you know 2020 has been a very strange year and that goes for the CHL Import Draft as well.

Traditionally, this event runs a few days after the annual National Hockey League Draft. But due to the pandemic, the NHL draft has been pushed back to the fall. That means if the Battalion selects a player who will be selected in the 2020 NHL Entry Draft, they will not have the NHL blessing to report prior to choosing the player.

If it's a defenceman, then one name that has been brought up is 2019-20 Czech Extraliga rookie of the year Stanislav Svozil.

He's been described as an offensive defenceman who knows how to jump into the rush.

Up front, the Battalion may take skilled forward Matvei Petrov who is eligible for the 2021 NHL Entry Draft.

The Battalion could also go out on a limb and select forward and Finnish Canadian Brad Lambert. who is expected to be a top 2021 NHL Entry Draft selection.

Regardless of the situation, Dennis says the hockey operations staff has worked hard using technology under the current situation to find the right player.

"In fairness to a player coming from another country, it is important that we find the right fit and give a guy a chance to succeed," said Dennis earlier in the spring.

"With that being said there have been a lot of conversations and we have a lot of video tools and analytics that we can use in terms of finding players. We have been watching games from them playing in international tournaments. For some of the elite players, there is video available so technology is very helpful in that capacity."