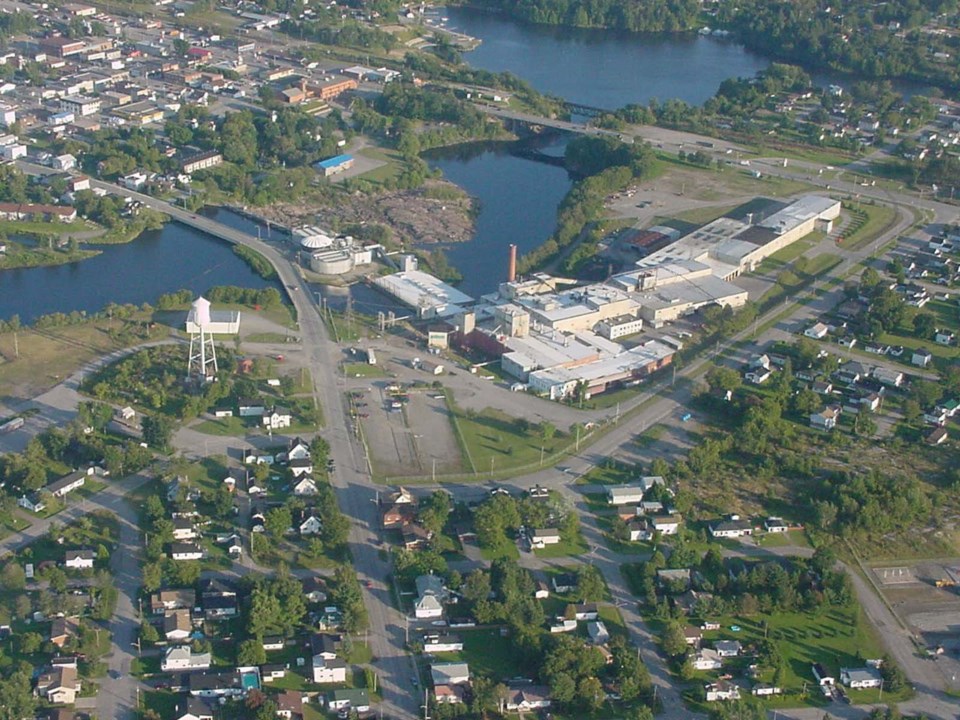 The former Weyerhaueser Mill in Sturgeon Falls before it was closed in 2002 and subsequently demolished. West Nipissing council approved the purchase of the 27-acre brownfield property at a special meeting Wednesday night.Aerial Photo by Hubert Gervais at www.ourontario.ca

West Nipissing council capped a contentious and challenging year with a positive note by unanimously approving the purchase of  the Weyerhaeuser Mill property for economic development potential.

“It’s great news for West Nipissing,” Mayor Joanne Savage said Thursday morning after sealing the deal at a special meeting of council Wednesday evening. “The acquisition is long overdue and will be a great catalyst for economic development.”

The 27-acre lot of “brownfield” will cost the municipality $156,000 plus disbursements and comes with an additional parcel on the south side of Front Street, she said.

Discussions about buying the property, sitting vacant since the mill was demolished after being shut down in 2002, have been going on for more than a decade but had gone quiet for the past two years.

Stuart Seville, vice president of the West Nipissing Chamber of Commerce, connected with Weyerhaeuser as part of a larger waterfront reclamation campaign he’s been working on.

When it was apparent the company, with head office in Washington state, was interested in transferring the property to the municipality, chief administrative officer Jay Barbeau followed up.

At a council meeting in early September, Barbeau said it did appear the company had changed its position and was willing to sell at a “much more favourable price.” Discussions continued through the fall.

Mayor Savage said the property was purchased “as is” but said a Phase 1 Environmental Assessment has already been done, providing advance information on the amount of clean up needed for it to be used. Details of those costs are not yet known but Barbeau said that will depend on how the property will be used, which is subject to economic development committee and council discussions.

In 2003, she said the municipality acquired the power generation plant “which was good news for our municipality. The company has generated revenues every year and these revenues assisted taxpayers in reducing tax increases and water and sewer fees.”

Mayor Savage said they can now begin 2021 looking at how they can capitalize on the strategic location of the land along the TransCanada Highway.

“Council can now proceed working with our community, with our Ec Dev committee in seeking opportunities for development of this prime location,” she said.

“Our staff did a phenomenal job negotiating with the company and thanks to a local resident for reigniting the file,” she said, referring to Seville. “It’s a great Christmas gift for West Nipissing.”