Watch out for this computer security fraud

The woman went to her bank and learned that the culprits had not deposited any money, but rather had transferred money from one of her accounts to another.
Jan 9, 2017 7:26 PM By: BayToday Staff 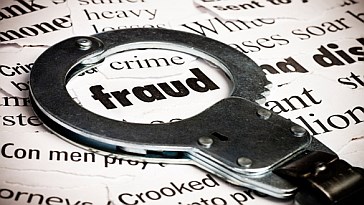 West Nipissing police are investigating a case where fraudsters transferred money out of a woman's bank account after buying what she thought was a security system.

The Nipissing Street resident said that a few months earlier she had purchased what she believed was a security system for her computer.

This week a representative from the computer company contacted her to report they were closing down their business and that they were refunding their customers.

The representative told the woman that they had deposited money in her bank account, but had made a mistake in the amount and requested she return part of the funds to them.

The woman went to her bank and learned that the culprits had not deposited any money, but rather had transferred money from one of her accounts to another.

She had unknowingly supplied the thieves with her banking information when she purchased the "computer security".

The woman's accounts were frozen and she was advised to change all her security passwords and check with the credit bureau to ascertain if she had been the victim of identity theft.

Police caution everyone against providing personal information unless they are certain the people can be trusted and represent a legitimate and reputable company.