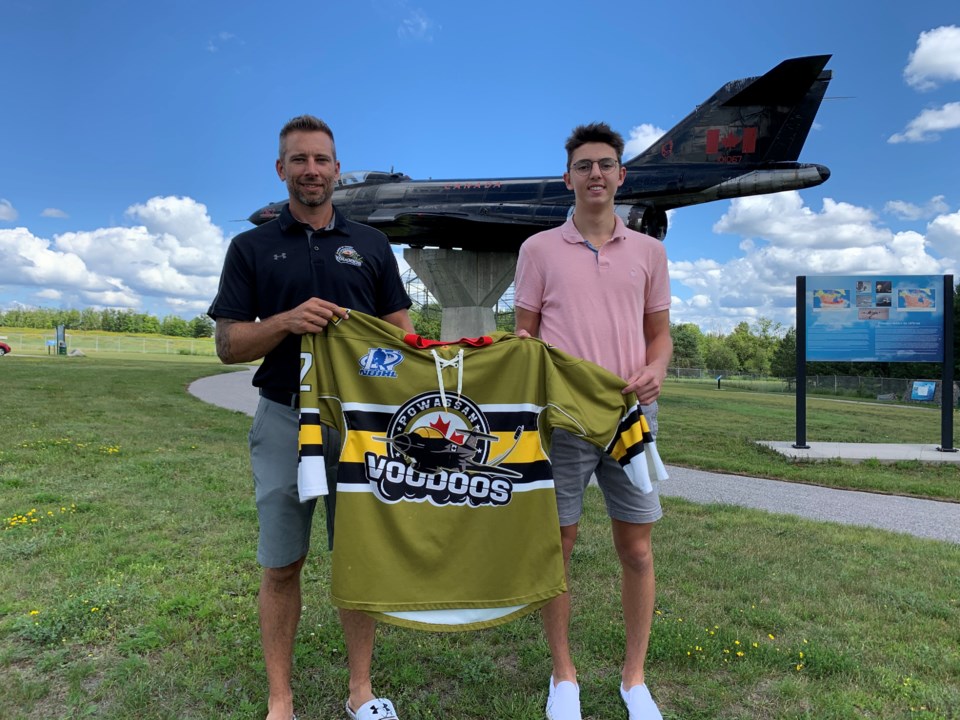 Voodoos assistant coach Josh Dale and Ethan Masson in front of the Voodoos jet at the entrance to CFB North Bay. Photo submitted.

Masson, who was an affiliate with the Voodoos last season, netted 31 goals along with 25 assists for 56 points 33 games with the Trappers last season.

"I am pumped to play in my hometown," noted Masson.

Chris Dawson, Voodoos general manager, is pleased to have Masson on board for the 2020-21 season.

"Ethan was very close to making our hockey club out of training camp last summer," Dawson said about the Callander product.

Masson joins AAA Trappers teammates Alex Little and Owen Wray who were both signed earlier this off-season by the Voodoos.

The Voodoos are still waiting for more direction from Hockey Canada, the OHF and the NOJHL as to when the 2020-21 season is set to begin.