'It's not easy making these decisions knowing you're impacting people. This is one of their wintertime activities, watching the Voodoos'
Nov 19, 2020 10:00 AM By: Rocco Frangione, Local Journalism Initiative 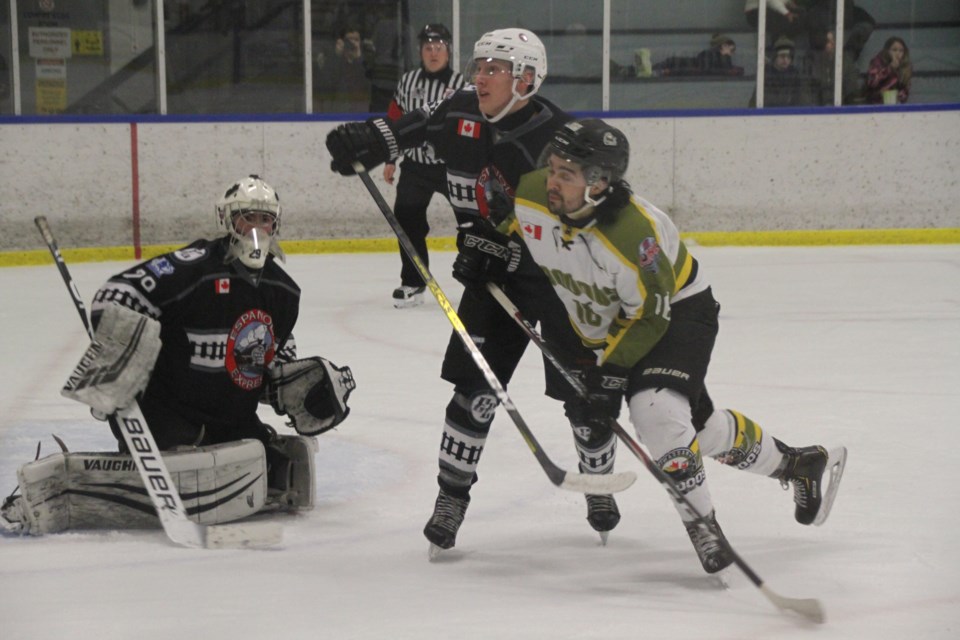 Having the Voodoos benched for the foreseeable future “will be a big social impact” for Powassan residents, Mayor Peter McIsaac concedes.

McIsaac was reacting to the release of the NOJHL 2020-21 schedule, which does not include any games for the Voodoos. The league cites COVID-19 arena restrictions at the Powassan Sportsplex for the decision.

McIsaac says the restrictions were sent to the NOJHL before the schedule was drawn up, with the municipality taking direction from the North Bay Parry Sound District Health Unit.

He claims the restrictions “didn't fit the model of the NOJHL.”

And while the mayor says the municipality and league discussed the situation, at no time did the league ask for the restrictions to be eased.

“The Voodoos also totally understand what we're doing,” he adds.

Then there also was the question of limiting the number of fans in the arena.

When all the numbers are added up, McIsaac says it's not possible to ice hockey teams while meeting the restrictions.

McIsaac doesn't know what the financial loss will be to Powassan, but he believes there will be “a big social impact” in the community.

"I've talked to a lot of people who have said they miss the Voodoos,” says McIsaac, a season ticket holder.

“They're a very good franchise and put together a great team every year,” he says. “It's not easy making these decisions knowing you're impacting people. This is one of their wintertime activities, watching the Voodoos.”

McIsaac says the team is still using the Sportsplex as a practice site.

When asked if the Voodoos could see NOJHL action in the near future, McIsaac says the restrictions could be re-visited in January.

And while he's aware the league and club have talked about that scenario, the mayor says he doesn't know any of the details.

Commissioner Robert Mazzuca did not respond to phone calls or emails.

Twelve teams normally make up the NOJHL, but for now, it will operate with eight. League play started Friday.

Missing from the schedule are the Voodoos; the Kirkland Lake Gold Miners, which are working with their local health unit to determine when it's safe for them to resume play; the Soo Eagles, which can't enter Canada until pandemic border restrictions are lifted; and the Elliot Lake Wildcats, which took a one-year leave of absence.