'Elliott is a strong two-way forward with a fantastic work ethic and high compete level'
Jun 19, 2021 12:00 PM By: BayToday Staff 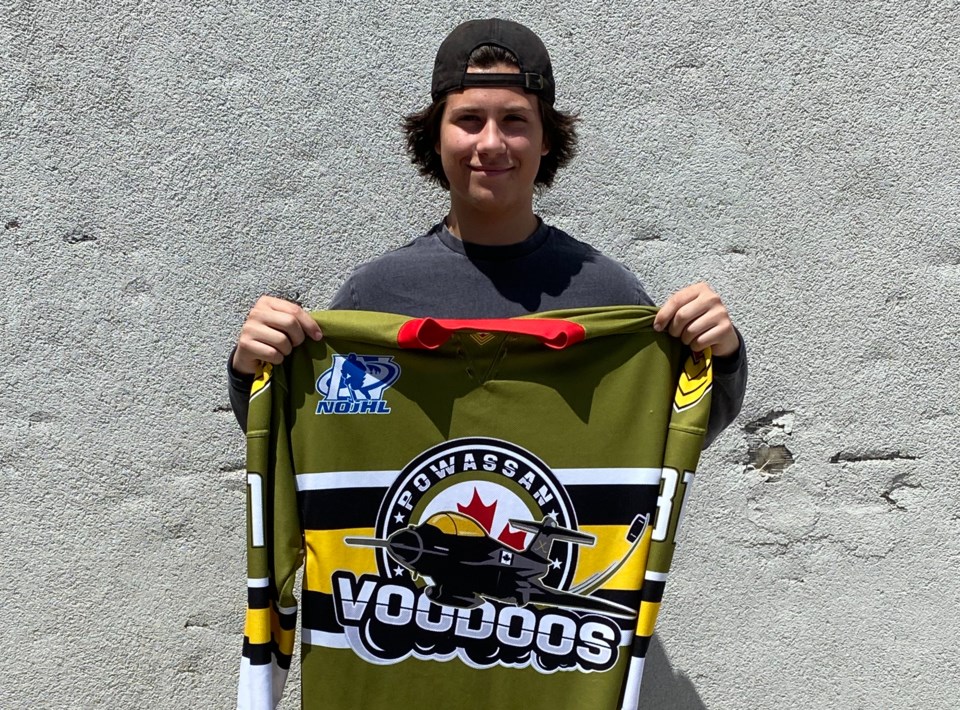 The Powassan Voodoos continue to add to their roster with the signing of forward Elliott Haigh.

Haigh was identified by Mike Mackley, Voodoos VP of Hockey Operations. He describes Haigh as a responsible 200-foot player.

"He thinks the game at a high level and plays positionally sound hockey while showing the ability to pitch in offensively.

"Haigh carries himself like a veteran player despite his age and should be able to make a strong impact early on. He’s very tough to beat in the face-off circle and thrives as a penalty killer."

The 5'11", 180 pound Oshawa product is looking forward to the opportunity with the Voodoos.

"I chose to play for Powassan this upcoming season because it’s a great organization, with a successful past and awesome fans," said Haigh.

"I also believe it’s the right destination for me to continue to grow and develop as a hockey player. I’m looking forward to playing in front of the crazy Voodoos fans, and getting to meet my teammates,  coaches, staff and everyone involved in the organization. I am very coachable, with a competitive and driven attitude towards the game."

The Voodoos are waiting for direction as to when they can return to the ice this summer with training camp expected to open in September.